I don’t do ASMR. Whispering voices, tearing paper, peeling soap — none of it calms me, relaxes me, sets off tingles in my brain, stimulates or soothes me in any way. I feel as left out of the autonomous-sensory-meridian-response trend as when I was 13, looking at Magic Eye pictures hanging in the shopping mall, unable to see the sailboat hidden in the illusion.

But I recently discovered a YouTube channel that gives me my own set of soothing reactions. Soon Films, which spotlights colorful Asian street food, has been around since 2014, and it has more than 181,000 subscribers — nowhere near Baby Shark territory but quite respectable.

And I could watch the channel all day. The videos are usually around three minutes long and barely have any dialogue. They’re mostly shot at outdoor food stands, often beginning with an unseen cook oiling up the griddle with brick-size chunks of butter and ending with delivery of the order.

Some of them don’t involve cooking at all. In a video shot in Malaysia, coconut ice cream is scooped into real coconut shells and topped with everything from chocolate chips to corn flakes to sweet corn kernels. (Corn kernels? Sure, why not.)

In Japan, there are teddy bears made from ice cream and cotton candy blown out like rainbow bouffants. In Korea, bubble waffles get curled into a cone and filled with strawberries. Ice cream is painstakingly chopped and rolled in Kuala Lumpur. Korean souffle pancakes resemble lopsided snowmen and are decorated with strawberries so red that they put my fanciest lipstick to shame. Some of the meals are less Instagrammy and more savory, such as sandwiches and stir-fries. I couldn’t tell you why, but the square bacon toast is my favorite.

The techniques are Oscar-worthy, like the Japanese worker who never misses when he nonchalantly squirts sponge-cake batter into dozens of tiny oval molds. “I see carpal tunnel in his future lol,” cracks one commenter.

Or the Bangkok mini-crepe maker who draws nearly perfect circles, thin as onion skin, over and over before filling them with cream and colorful, carefully shredded filling. “I have no idea what the orange and red things are, but I’m definitely going to try this!” vowed one viewer.

Don’t subscribe to Soon Films if you prefer videos where an all-knowing host guides you carefully through each cooking step, or if you absolutely must know the name of every ingredient. No one’s going to explain it to you, and that’s half the fun. There’s still mystery in the world, and sometimes, you have to book a plane ticket and go find it for yourself.

With Netflix docuseries Street Food also highlighting vendors throughout Asia, the region’s street bites are having their moment. I often tune in to the latest video from Soon Films just before bed. There’s something comforting and satisfying about the quiet, sharply shot videos, which sweep from an empty grill to bubbling batter to a mouth-watering street snack in the time it takes my breathing to slow down and the stresses of the day to slip away.

The videos are part travelogue, part cooking show, part spying over someone’s shoulder as they order a meal, and put together, they’re magical.

I reached out to Soon Films for comment, but didn’t hear back. And that’s OK with me. Knowing too much about this channel would ruin the sense that it’s my little secret. ASMR fans can keep their whispering and their soap-peeling. I’m just going to keep watching an invisible chef butter up a grill in a country I might never get to see. 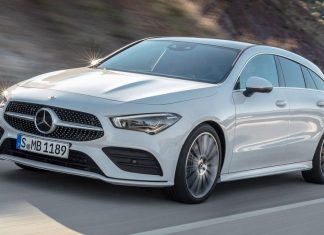