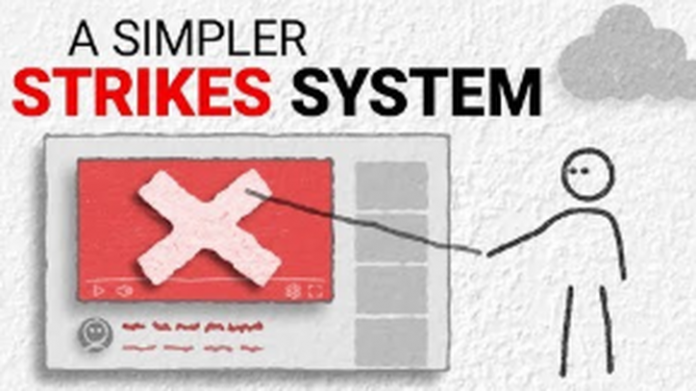 Starting Feb. 25, all YouTube channels will receive a one-time warning the first time they post content that violates the rules. There will be no penalty, but the content will be removed. After that, it’s three strikes and you’re out.

The Google-owned video site outlined changes to its three-strikes system in a blog post Tuesday. Previously, strikes would trigger different penalties depending on the type of content — a video upload vs. a link in a description, for example — that violated its rules. Now, all types of strikes will result in the same penalties, YouTube said.

After the onetime warning, the first strike will block you from uploading content for one week, including live streaming and other channel activities. The second strike within the following 90 days will result in a two-week freeze on the ability to upload new content. The third strike made in the next 90 days will result in channel termination.

YouTube will inform creators why they got strikes and encourage them to read its community guidelines. The platform has also expanded its policy resources to teach creators what’s acceptable and what’s not.

YouTube in January updated its community guidelines to prohibit dangerous viral pranks and challenges such as the Tide Pod challenge and Bird Box challenge.

YouTube shared in the blog post that 98 percent of its users “never break” its rules and 94 percent of those who receive a first strike “never get a second one.” In December, the company said it removed 58 million videos between July and September for violations of its community guidelines.