Your Amazon Echo and your Nest Learning Thermostat can keep talking to each other in perpetuity. Back in May, Google announced its smart home branch was merging with Nest to form a single entity called Google Nest. As part of the shift, all Nest customers will be encouraged to merge their Nest accounts into Google accounts to take advantage of the latest features. That change started Monday evening, as Google announced that account migration is ready via a blog post.

You can head to the Nest app and select “sign in with Google” to start. Google Nest will also be sending out emails inviting you to switch, and you will likely want to wait at least until you get the email to make the change.

As the brands merge, Google is shutting down the popular Works with Nest program that allows third party gadgets to control Nest devices. If you switch, you might lose some of your smart home’s functionality and you won’t be able to get it back. Fortunately, there’s no rush to switch. Google will reserve new features for Google accounts, but Nest accounts will keep getting security updates.

If you keep your Nest accounts, your existing Works with Nest integrations will stay intact even after the program officially shuts down on Aug. 31. Here’s how to know if you should switch.

Google is offering a similar Works with Google Assistant program to replace Works with Nest, but it’s not as robust. Google is working to add new functionality to replace what’s going away with Works with Nest, but it’s an ongoing process. In the blog post announcing the change, Google promises not to send the email inviting you to migrate until your existing integrations are ready, but you’ll still want to double check.

Amazon and its popular assistant Alexa looked to be one of the main integrations in danger of shutting down when Works with Nest closed. Fortunately, a new Alexa skill is ready for Nest owners, so if your only smart home gadgets are Nest devices and Amazon smart speakers, you should be good to switch. Google announced the new skill Monday along with the start of the merge.

1 in 3 Londoners Plan to Invest in Crypto, Twice the National... 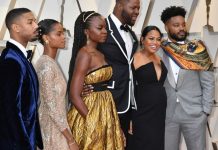