The price of XRP spiked as high as 75 percent above its opening price at one point during Friday’s trading session amidst a broader market bull parade.

At press time, XRP has since cooled off to the price of roughly $0.54 and has returned to its former position as the world third largest cryptocurrency, per CoinMarketCap’s rankings.

During the trading frenzy, XRP surpassed multiple milestones not seen since the famous bull run of 2017.

Further, today’s price high of XRP marked a 192 percent rise since Sept 18, its best-performing, four-day stretch since December of last year. The price surged allowed XRP to reach its highest price point since May 10th.

Current XRP prices still represent an 84 percent depreciation from its all-time high of $3.48 set in January, but technical charts indicate that the price could be beginning to chart its way back to those heights.

XRP bulls were not the only ones on a parade today as the entire market picked up the bid in an illustrious way.

All of the top 10 cryptocurrencies are flashing green as of the time of writing and currently posting an average 24-hour gain of 17.67 percent, excluding Tether (USDT). After XRP, standout performers include ether (ETH), bitcoin cash (BCH), stellar (XLM) and cardano (ADA).

Consequently, the total capitalization of the cryptocurrency market has seen a notable uptick of more than $20 billion over the past 24-hours. Its current value stands just above $224.1 billion representing a 10 percent increase from this time yesterday and its highest mark since September 5. 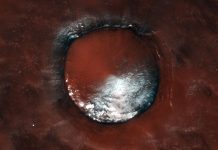