WWE has momentum after its strong SummerSlam pay-per-view, and looks to keep riding that wave with September’s Clash of Champions show. With the rise of AEW and the so-called Wednesday Night War (WWE’s NXT show will go head-to-head against AEW’s TV show starting Oct. 2) every big show counts, and WWE will no doubt want to top AEW’s Aug. 31 All Out pay-per-view.

Headlining Clash of Champions is Seth Rollins defending his Universal Championship, which he won in spectacular fashion at SummerSlam, against Braun Strowman. Rollins is arguably WWE’s best performer and Strowman is always presented as a strong contender, so it should be a fun match. Complicating things more is Rollins and Strowman currently being the Raw Tag Team Champions: They’ll defend the tag titles early in the show before facing each other in the main event.

Pro wrestling, am I right?

It could be a night where the women steal the show, though, as both Raw and SmackDown Women’s Championships are being defended in intriguing matches. Becky Lynch defends her Raw title against a returning Sasha Banks, while Charlotte Flair looks to become a 10-time champ by defeating Bayley for the SmackDown strap. Elsewhere, Kofi Kingston defends his WWE Championship against Randy Orton in a SummerSlam rematch.

A potential highlight is AJ Styles vs. Cedric Alexander for the US Championship. AJ Styles is among the company’s best performers, right there with Seth Rollins, and Cedric Alexander is fantastic as well. AJ is coming off a disappointing string of matches with Ricochet though, so we’ll have to see if this can live up to its tremendous potential.

Clash of Champions 2019 takes place in Charlotte, North Carolina on Sunday, Sept. 15. The main card starts at 4 p.m. PT/7 p.m. ET. If you’re a WWE Network subscriber — at $9.99 per month, but free for one month for new subscribers — you can watch it live for free. Otherwise you’ll need to contact your local cable provider and pay a separate fee to watch. The Kickoff Show starts at 3 p.m. PT/4 p.m. ET on WWE’s YouTube channel and the WWE Network.

Viewers in the UK will have to stay up late, as the show starts there at midnight Monday (11 p.m. Sunday kickoff). For Australians, SummerSlam starts at 9 a.m. AEDT time (8 a.m. kickoff). 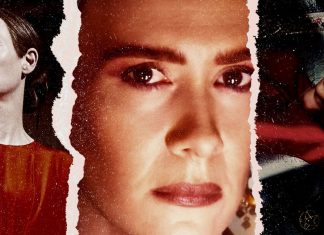 Colman Ma - November 20, 2018
0
Last July, Lana Del Rey confirmed the rumors that she had positioned a hex on President Trump. Why? Because “Why not?”“I actually do consider...

Tech Giant GMO Wants to Help You Mine Zcash – For...