The Woodstock 50 music festival is a no-go. The festival made an official statement on Wednesday canceling the event but said it’s hoping the artists already paid to perform will donate 10% of their fees to the charity HeadCount, a nonprofit targeting voter registration in the US.

The legendary Woodstock music festival — which is celebrating its 50th anniversary in August — was originally scheduled for Aug. 16 through Aug. 18 at Merriweather Post Pavilion in Columbia, Maryland.

“We are saddened that a series of unforeseen setbacks has made it impossible to put on the festival we imagined with the great lineup we had booked and the social engagement we were anticipating,” Michael Lang, co-founder of Woodstock, said in the statement.

“We released all the talent so any involvement on their part would be voluntary,” Lang added. “Due to conflicting radius issues in the DC area many acts were unable to participate and others passed for their own reasons.”

Festival headliner Miley Cyrus announced on Tuesday that she backed out of the festival. Along with other musical acts including the Raconteurs, the Lumineers, Jay-Z and the Dead & Company, John Fogerty also confirmed he will not be performing at Woodstock.

Colman Ma - September 26, 2018
0
Austria Tourism Pilots Blockchain Tech Using Ethereum-Based Token This is a paid-for submitted press release. CCN does not endorse, nor is responsible for any material included... 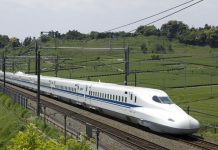