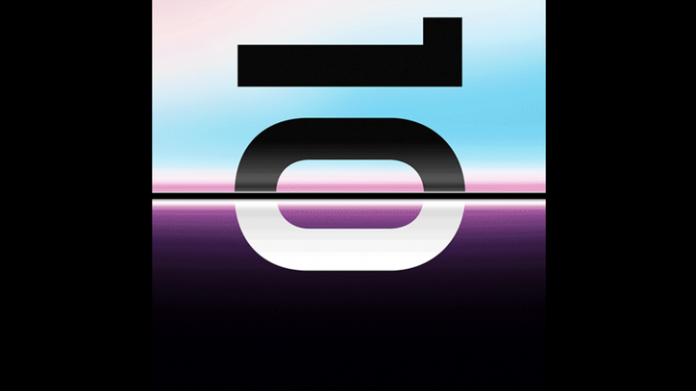 Feel like your Samsung phone’s a little boring? That’s about to change.

Samsung’s phone lineup will take a huge leap this year. Among the advances: fingerprint readers, super-fast 5G connectivity and even foldable phones that expand into tablets.

We’ll get a glimpse of those new features and more on Wednesday, when the company hosts its Unpacked event at San Francisco’s Bill Graham Auditorium. Samsung will kick off its keynote at 11 a.m. PT/2 p.m. ET.

The South Korean phone giant will use Unpacked to introduce its new Galaxy S10 lineup, the phones many of us will buy over the next year. It’s also expected to show off wearables, in addition to talking up its 5G push and foldable phone. The event will be jam-packed with some of the biggest changes to Samsung devices in years.

What we know about Samsung’s foldable phone

Unpacked can’t come soon enough. Let’s face it, phones just haven’t been exciting lately. It’s become harder for manufacturers to cram new innovations into their rectangular slabs of glass each year, even though prices keep going up. Suffering from both phone fatigue and sticker shock, many of us are hanging onto our devices longer than before. Samsung, Apple and everyone else need to work harder to woo us into spending.

Smartphone shipments dropped 5 percent to 376 million units last year, according to Strategy Analytics. “This was the first time ever in history the global smartphone market has declined on a full-year basis,” Strategy Analytics analyst Linda Sui said. “It is a landmark event.”

Last month, Samsung reported a steep drop in revenue and profits as the sluggish smartphone market took its toll. Most of its businesses, from chips to displays, felt the effects of weaker demand and stiffer competition in the handset sector. Smartphone sales declined, memory chips destined for handsets didn’t sell as well and mobile displays suffered.

Samsung, which declined to comment ahead of Unpacked, hopes the changes it’s making to its lineup will be enough to get us to open our wallets again. At the very least, the company wants us to be intrigued enough to head to its new stores to see the devices in person.

Samsung has struggled with the same problem as everyone in the mobile industry: making changes big enough to get people to upgrade. Last year’s Galaxy S9, S9 Plus and Note 9 didn’t have many noticeable improvements from 2017’s Galaxy S8, S8 Plus and Note 8. Sure, the phones had faster processors and souped-up components, but the designs remained the same and they didn’t do anything all that different. That hurt demand for the phones.

The Galaxy S10 design isn’t expected to be a huge leap from the S9 — there’s only so much you can do with rectangles — but it should include some tweaks that make it a better phone.

“It’s been kind of hard for them” to make huge changes beyond what they’ve already done, Creative Strategies analyst Carolina Milanesi said. “But some innovations we’re expecting and are rumored will be welcomed.”

To start off, there’s expected to be an in-screen fingerprint reader. The Galaxy S10 should sport the Qualcomm Snapdragon 855 processor, the first chip that works with Qualcomm’s 3D Sonic Sensor, an ultrasonic fingerprint reader that’s embedded right into the display itself.

That means Samsung fingerprint readers could return to the front screen, reversing an unpopular move to the back of the phone that reviewers and users complained about. The ultrasonic technology is expected to be much more secure than Samsung’s Face Unlock technology. With the 3D Sonic Sensor, Samsung can still offer a display that stretches across the entire front.

Samsung is also expected to improve the camera in its devices, adding more lenses and a new “Bright Night” mode to take better images in dark environments. For those camera lenses on the front of the phones, Samsung is expected to continue to avoid the notch popularized by the iPhone. Instead, it could include a “hole punch” design for the camera that lets the screen take up even more real estate on the front of the device. It teased this design during its developer conference in November.

The Galaxy S10 tweaks aren’t all that’s in store at Unpacked. Samsung’s other phone announcements should be real showstoppers.

The biggest news is likely to be the unveiling of Samsung’s first foldable phone. The company has been talking about the device for years and finally showed off a prototype in November. It uses a new screen technology called Infinity Flex Display that lets you repeatedly open and close the device without screen degradation.

The device will be a compact smartphone when closed and a more expansive tablet when fully opened. Apps will seamlessly transition between the display sizes, letting you pick up on the tablet where you left off on the smartphone. When the device is unfolded, you’ll be able to use three active apps.

Beyond those early details, Samsung hasn’t said much about the foldable, including when it could hit the market. While it’s unlikely to sell in huge numbers right away, the foldable could point to the future of smartphones.

And then there’s 5G, another emerging technology that we’ll all eventually use.

5G technology is expected to significantly boost the speed, coverage and responsiveness of wireless networks. It can run between 10 and 100 times faster than today’s typical cellular connection and will be even quicker than service on a physical fiber-optic cable. It will also connect a device to the network faster, with speeds as quick as a millisecond to start your download or upload.

The overall speed gains mean that phones will be better equipped to handle complex computing tasks in a fraction of the time they currently take. This could make possible advanced photography features, artificial intelligence actions and augmented reality apps, all of which would take far too long to process with today’s phones. 5G technology will also allow driverless cars and buses to talk to each other, as well as surrounding objects, such as smart streetlights.

Samsung has said it will introduce a 5G phone for Verizon, AT&T and other wireless providers in the first half of 2019. One version of the Galaxy S10 is expected to come with 5G connectivity, though it’s likely Samsung won’t offer 5G on all its phones. 5G components are expensive and the service isn’t yet in all markets. So don’t expect the 5G version to be cheap.

Samsung has a lot riding on Unpacked. That’s why it’s packing a lot in.

Final Fantasy VII Remake: What you need to know