It’s not easy being an outsider in a small town. It’s harder if you’re a single mother and no one knows who the father is. And it’s even worse if the father is a mythological creature who turns up on your doorstep demanding custody of his son.

These are just a few of the challenges faced by the main character of Kirsty Logan’s Between Sea & Sky. It’s one of eight forgotten tales from around Britain and Ireland that have been reinterpreted for Hag, a new podcast from Audible.

For Logan, who I interviewed by email, folk tales have been a lifelong inspiration. Her father spent part of his childhood in Nigeria. And he, along with her Scottish grandparents and Buddhist uncle, passed on fables that expanded her understanding of the world.

“Although I was raised in a fairly monotone culture, in a small town in the English Midlands (and then later in a small town just outside Glasgow), I was always aware that culture was a lot wider, more complex and more interesting,” she says. “All of that knowledge came through the stories I read and was told.”

The 76-minute tale is narrated by its heroine Sky and her son Muir, whose unlikely parentage makes him unusually perceptive for a baby. The boy’s father is a selkie, one of the shape-shifting “seal folk” that sometimes appear in Scottish folklore. When Sky insists on keeping Muir’s parentage a secret, she soon finds herself isolated in the small Orkney community.

Selkie stories are well known in Scottish folklore, mostly involving selkie women being coerced into relationships with men who steal their skin and leave them pining for the sea. Professor Carolyne Larrington, who specializes in Old Norse and British fairy tales at Oxford, chose this tale specifically for the collection because it was a rare version of the myth that involved a male selkie and a human woman.

Between Sea & Sky began as a short paragraph, retelling the ballad of the Great Selkie of Sule Skerry. As Logan expanded it into a new narrative, a tale grew that touched on the pressures felt by single parents and women in academia. These were all Logan’s own additions, but she notes that though those themes weren’t explicit in the original narrative, they were a logical progression of the tale as she expanded it.

What was explicit was that the story revolved around a woman being shamed for her sexual behaviour. In the original, the selkie man emerges from the sea to claim his child and pays the mother off for nursing it. The narrative goes on to punish the mother as the selkie and her child are murdered and she herself dies of grief. Logan says she couldn’t bring herself to perpetuate that narrative, choosing instead to confront it by having characters comment on the mystery of the child’s parentage.

Hag follows a long literary tradition of women reinterpreting folk tales and Logan is no stranger to the genre. She’s previously published books based on similar legends, including A Portable Shelter and The Gloaming, “a queer mermaid love story set on a remote Scottish island that turns people to stone.” Her next book, Things We Say in the Dark, will be published in October 2019.

Although we associate folk tales with childhood, she says that part of their appeal is the way a simple tale can resonate with us in different ways throughout our lives. “The same story will have different relevance depending on what age you are when you read it, whether you’re recently bereaved, whether you have children or not, how you’re feeling about your life and career, your mood, the season, and so much more,” she says.

Even the term “fairy tale” can be misleading, Logan says. We may talk about “fairy tale weddings” or describe a good outcome as a “fairy tale ending,” but not everyone in these stories lives happily ever after. Consider the fate of Cinderella’s stepsisters, who hack off pieces of their feet before having their eyes pecked out by birds in the Grimm Brothers’ retelling.

“Fairy tales and folk tales are darker, stranger, messier and more satisfying than people might remember,” Logan tells me. “They’re not just about being pretty or winning princes; they’re about loss and betrayal, regret and confusion, joy and fulfilment. They’re about us.”

Hag launches Aug. 29 and is free to subscribers on Audible.

Kirsty Logan on a tale that inspired her

“One of my favourite [Scottish folk stories] was ‘Kate Crackernuts’, a Scottish fairytale about a girl who isn’t pretty or demure, but who gets her happy ending by being clever and resourceful. I particularly liked it because Kate’s goal is not to marry a prince but to save her sister who’s been enchanted by a fairy to have a sheep’s head instead of her own (fairytale logic right there). In the end, Kate and her sister both end up with princes, but that’s merely an extra bonus – the main goal is for sisters to help one another.”

How old stories can clash with modern sensibilities

“In general, so much of folk tales’ content is still relevant and timely. But I do feel that some elements should be updated, depending on the tale. Social and cultural mores change (usually for the better). Some tales are ableist, sexist or dismissive of particular races or backgrounds. This can be good for a writer, as these issues can be explored in a retelling and considered in an intelligent way. But I don’t feel that outdated prejudices should ever just be regurgitated without comment.

The racism in the books of, say, Agatha Christie or HP Lovecraft (or dozens of other writers) grates to a modern reader. But those books are of their time; we read them for their plots or world-building or prose, and modern readers can struggle with the prejudices of the time — I know that I struggle to see past those things at times.

I’m sure it will be the same a hundred years in the future. If anyone is still reading my work then, I’m sure it will seem very dated in its treatment of sexuality and gender, for example. But I find that reassuring, to think how the world changes so fast and continues to change.”

Why adults need bedtime stories too

“I’d encourage everyone out there to try reading aloud to the adults in their lives. A partner, a friend, a parent. It’s considered natural to read bedtime stories to children, but then for some reason we think we grow out of it. But the rising popularity of audiobooks and podcasts shows that we love being told stories, and we never get too old for it.

Give it a try tonight. It might feel strange at first, but keep at it. Try something short and easy to follow, but not too simplistic or childish. I’d recommend starting with one of the lesser known folk or fairy tales — perhaps from your own country, or from somewhere you’ve never been. Folk tales began as oral stories, so they’re ideal to read aloud. You don’t even have to follow the text that closely if you don’t want to: it’s fine to read the story, get the general gist of it, then retell it in your own words. Add, subtract, change, improve. It’s like a recipe: you don’t have to follow it exactly These stories belong to us all. Take them, use them, love them.”

What to listen to next

“For people interested in the themes of Hag (and the interviews at the end in particular), I’d recommend the podcasts Feminist Folklore and Singing Bones. Jen Campbell also has a great series on YouTube about the history of fairy tales.

I love podcasts and audiobooks — I always have something playing during the day when I’m replying to emails, travelling or doing housework. When it comes to audiobooks I mostly listen to non-fiction. On Audible I’m listening to Lowborn by Kerry Hudson and White Fragility by Robin DiAngelo. I’ve also really enjoyed all of Jon Ronson’s Audible Originals.

When it comes to podcasts, for fiction I love Mabel, The Magnus Archives and Alice Isn’t Dead. I listen to a lot of true crime — my favourites are Criminal Broads and All Killa No Filla. I also really like Song Exploder. They’re 15-minute episodes where a musician breaks down their process of creating a single song. And of course I have to recommend my own podcast, Teenage Scream: We read 90s trash horror like Point Horror and Goosebumps and fondly dissect them. It’s very sweary and silly, but we also discuss more serious stuff like gender roles and queer subtext.” 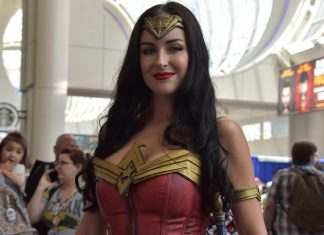 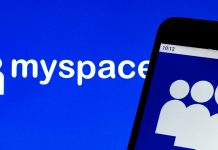 Early MySpace Was the Peak of Social Media 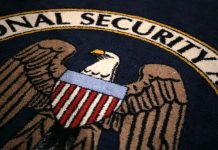