You can either embrace the 5G data revolution or resist it. Either way, 5G’s ultrafast speeds are coming to phones everywhere. We’ve tested 5G speeds in multiple cities around the world (sometimes on two or three visits), from Los Angeles to Seoul. We’ve been wowed. We’ve been frustrated. But each time, we learn something new about what 5G is like in the real world.

5G phones are in very few pockets today, but this next-generation wireless technology is widely accepted as the most significant advancement to come to phones in a decade. The new technology is characterized by ultrafast speeds that can download movies in seconds and enable huge chunks of data to transfer between the phone and the network with limited lag.

But 5G has also been the subject of intense focus by countries whose governments see the race to 5G as a proxy for their political and economic strength — just look at how 5G is embroiled in the trade war between the US and China.

The Techy Trends’s 5G tests are just beginning. We’ve been lucky enough to try out the first wave of phones on the very first networks. We’ve even had the chance to put two phones and two networks head-to-head in the same city.

The next big step: testing the same phones, like the Galaxy S10 5G for example, across all major networks, in the same city. That should give us our clearest look yet at what kind of difference the 5G carrier can make on the speed and reliability of the service you choose.

Because, at the end of the day, what matters most isn’t just a raw number on a benchmarking test (although that’s extremely interesting). It’s how 5G can make your phone a more responsive and powerful tool for you.

Here are our biggest takeaways about 5G data so far, based on the testing we’ve done over the last few months.

Consistency is more satisfying than speed

For some future uses of 5G, pushing down a lot of data really quickly will let you do cool, resource-intensive things on the fly, like play smooth, real-time games with high-res graphics and participate in lag-free video chats while walking down the street.

Carriers with faster 5G speeds theoretically have the advantage over those that don’t in how quickly they can get you the data you need. AT&T got our top testing speeds at 1.8Gbps in a curated test in Los Angeles, and a Verizon publicist logged 2Gbps (gigabits per second) at a 5G node in Chicago, one of Verizon’s two 5G markets (the other is Minneapolis).

And yet, the high-frequency spectrum that makes those skyrocketing speeds possible for 5G, called millimeter wave (mmWave), isn’t good at traveling long distances, or getting through glass or walls the way that 4G can. That makes coverage limited.

Bouncing between 5G and 4G speeds has been frustrating in our real-world tests when, in one location, your entire Netflix series could download in 3 minutes, and in another, it takes over 10 minutes.

We had a better overall experience using Sprint because its 5G network covers a larger area, which kept the data flowing more predictably. Sprint uses a different layer of the spectrum, called sub-6Ghz, or sub-6. Those longer wavelengths don’t bring quite as much speed, but they do travel farther, even through building and car windows.

The fastest-possible downloads are exhilarating, but in these early days, the rush doesn’t last.

The gap between have and have-nots will widen for most

That rush you get when you download a whole season of a TV series in mere seconds isn’t just exhilarating, it’s addicting. The baseline changes. Even in my early tests, I caught myself feeling disappointed if I “only” recorded 400Mbps (megabits per second) on the Speedtest.net app and not a gig.

Yet in real life, my home Wi-Fi just clocked 300Mbps on a Galaxy S10 Plus, with AT&T’s mobile data network at just under 200Mbps.

With carriers, phone-makers and even presidents feeding the 5G hype machine, it’s easy to see how a bias for ultrafast speeds could develop among everyday people. It’s easy to see how people who don’t live in the right metropolitan areas, or who live in rural surroundings, will trail behind in 5G adoption.

Some countries — like the US, UK, Australia, South Korea, and Switzerland — are ahead of the curve with 5G, while other world powers — China, Japan, Russia, for example — aim for a 2020 rollout.

As with the switchover from 3G to 4G, staggered adoption is to be expected. But when the gulf between 4G and 5G speeds — and what you can do with them — is so large, it’s quite possible for that gap to widen even more.

We found two notable exceptions to this emerging sensibility. One is that 4G networks will get faster alongside 5G growth. The other is that in countries with exceptionally fast 4G service, like Australia, we won’t see dramatic differences in real-world activities over 5G and 4G — at least not at first.

5G phones have to have a compatible chip to connect to 5G networks, which means mobile chipmakers like Qualcomm, the world’s largest, can charge more. So far, most 5G phones we’ve used so far have been premium devices, which means you’re also tacking on extra for fancier cameras and other specs.

Take, for example, the Galaxy S10 5G, which costs $300 more on Verizon than the 4G Galaxy S10 Plus. The S10 5G is a little larger, has a slightly bigger battery, a couple more camera tools…but is it really worth $300 more for all that and access to 5G?

But we don’t want to pay more for 5G

The cost of the phone doesn’t even consider the cost of service. Carriers have spent billions of dollars building out 5G networks. In the US, at least, the plan is to recoup some of that expense by charging you more per month to use 5G data (perhaps a lot more of it, too).

But we don’t think today’s spotty 5G service is worth paying more for, not right now. Verizon has temporarily waived its $10 per month 5G surcharge. In Europe, the trend is to bundle extra services into your unlimited data plan — without charging exorbitant fees. Vodafone will charge for unlimited 5G based on the speed bracket you want. For example, you’ll pay less if you don’t mind slower 5G speeds, and more if you want to stream video.

The Reno 5G is Oppo’s best phone yet

We think European carriers are on the right track. More people will upgrade from 4G to 5G if they sweeten the deal, not if they sour it with charge upon charge.

Here’s how to pick the best 5G network when the time is right.

You may also pay a price with battery life

You could pay more than just cash for 5G speeds. The Techy Trends’s global testers noticed that using 5G on phones like the Moto Z3, Galaxy S10 5G, and LG V50 seemed to tap their battery reserves faster than 4G networks.

After at least four hours apiece of relentless 5G testing, the batteries on our test phones drained significantly. In the case of the Moto Z3, four hours of testing completely zapped the Mod attachment, which cut off 5G capability.

These battery problems might dissipate some when Qualcomm launches its smaller, more power-efficient Snapdragon X55 chip for second-generation 5G phones.

The weather could get in your way

Scientists worry that 5G radio signals could throw weather forecasting out of whack, but it’s the weather itself that buyers should also consider.

Soaring July temperatures brought the point to bear during two of our tests. The Galaxy S10 5G on both T-Mobile in New York (90 degrees) and Verizon in Chicago (95 degrees) dealt with the heat by switching to 4G to cool down.

That’s not entirely unexpected. Both T-Mobile and Verizon use the high-frequency mWave spectrum, which puts the devices at greater risk of overheating, especially when completing resource-heavy tasks like streaming video or creating advanced photography effects.

The Galaxy S10 5G on Sprint’s network — which uses the so-called “midband” frequencies (a subset of Sub-6) — didn’t seem to have the same problems in the 90-plus heat. In more moderate, 74-degree temperatures, the Galaxy S10 5G held on better to Verizon’s 5G service than it had the previous day.

Much more road to travel

We’re still in the early phase of 5G’s global rollout. With new phones, new chips, new apps and new ways to use data than we ever could before, 5G will shapeshift as it expands and matures. This is, after all, the technology that’s expected to take us through the next decade.

Some of today’s lessons will help improve 5G for tomorrow. Others may lead to more questions that only time will be able to answer. For now, it’s The Techy Trends’s job to test — and to ask. 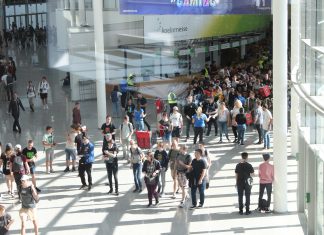 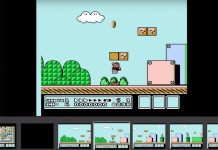 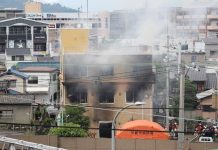 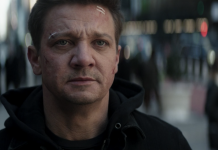