Wayfair plans to open its first full-service physical store on Wednesday. The home-decor online retailer, known for selling lighting, rugs and furniture, is launching the location at the Natick Mall near Boston.

The company, which is based in Boston, announced plans for the new store in March. It already operates an outlet store in Kentucky that’s connected to its warehouse there. This month, it also opened four pop-up stores in malls around the US.

With the new store, Wayfair is adding to a growing trend of online sellers diving into brick-and-mortar retail as a way of introducing their brands to new customers and allowing buyers to try out products before making a purchase.

Amazon has created dozens of stores, including bookstores and Amazon Go convenience stores. It also purchased Whole Foods and now runs its 500 grocery locations. Other smaller retailers joining this trend include Casper with mattresses, Bonobos for men’s clothing and Warby Parker with eyeglasses.

While these new stores offer fresh, popular brands for mall operators, the broader physical retail market has faced hard times, with thousands of stores closing and major retailers filing for bankruptcy, in part because so many consumers turn to online shopping first.

The Wayfair store, at around 5,400 square feet, will include hundreds of items for in-store purchase, including living and dining room, bedroom and kitchen items. The Wayfair Home Bar will offer free design advice and give a customer a chance to digitally style a room and view it in virtual reality. Also, people can use the company’s custom upholstery service to try out hundreds of colors and fabrics on pieces of furniture. 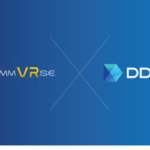 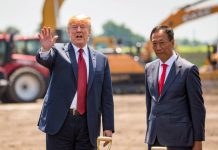