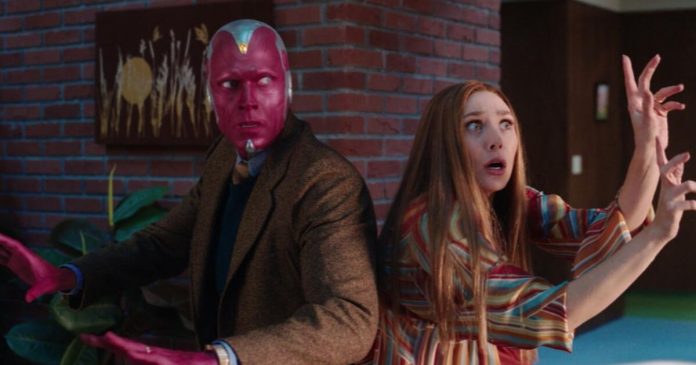 Vision and Wanda are currently in full colour.
Disney Plus
Episode 3 of Marvel’s WandaVision, streaming now, bursts into color as the suburban sitcom surrealness hits the 1970s. From Quicksilver to SWORD, what Easter eggs and Marvel references does the third installment the Disney Plus series reveal?New chapters of the nine-part Disney Plus show arrive every Friday. Starting with episodes 1 and 2, we’re recapping each episode and diving into the mysterious reality of witchy Wanda Maximoff (Elizabeth Olsen) and awkward android Vision (Paul Bettany).

Entertain your brain with the coolest news from loading to superheroes, memes to video games.

Here are the Easter eggs we’ve spotted in episode 3. But be warned: Spoilers for all episodes!
Marvel Studios
Welcome to Westview All signs point to Wanda and Vision being trapped in some kind of constructed reality. Like, actual literal signs: The billboard welcoming visitors to the town of Westview hints at that artificial nature with the tagline “Home is where you make it.” For the childrenVision wants to call the baby Billy, after William Shakespeare, and offers another reference to the artificial nature of the reality (“All the world’s a stage…”). Wanda prefers all-American name Tommy.They’re in luck, because it turns out they’re having twins! In the comics, Wanda’s desire for children has led to several dramatic (and tragic) storylines. Her twin boys were revealed to be fragments of the demon Mephisto, who may or may not make an appearance in the show. More recently, Wanda’s grown-up sons Billy and Tommy joined the Young Avengers team as heroes Wiccan and Speed.In episode 3, the unusual nature of Wanda’s pregnancy is clear from its unnervingly accelerated progress, but there are also hints that the babies are in some way artificial. Throughout episode 3, Wanda unconsciously brings life to various inanimate things, including paper butterflies and a painting of a stork. She’s also in some way linked to the technology and infrastructure of the Brady Bunch-style setting, her contractions affecting household gadgets and blowing out the power.The rewindThe moment Vision actually voices suspicions about the strange reality in which they live, the show glitches. Vision is skipped back a few seconds, but this time his suspicions are gone. It’s not clear how that happened, but when the beekeeper emerged from the manhole in episode 2, we clearly saw it was Wanda who did the rewinding. The question remains whether someone else is in charge of reality and blocked Vision seeing the truth, or whether Wanda herself is in charge — and she’ll even manipulate her beloved Vision to block out harsh reality.The adsIn episode 1 we saw a Stark Industries toaster. In episode 2 it was a Hydra watch. And in episode 3 the evil Hydra brand returns with a commercial for Hydra Soak Luxury Bath Soap. The first two adverts seemed to be drawn from Wanda’s memories, whereas this one seems linked to the stress of impending parenthood.The voice-over again hints at an artificial reality (“Escape to a world all your own…”). Meanwhile the ad’s tagline is “Find the goddess within.” That could mean two things: Wanda could free goddess-like power within herself, or it could mean that a goddess is in some way trapped within something — perhaps referring to the constructed reality Wanda and Viz live in.Once again the actors in the ads are Victoria Blade and Ithamar Enriquez. The recurring presence of the same man and woman in Wanda’s memories suggests it could be her parents.No home Geraldine gets kicked out of Westview in episode 3.
Disney Plus
Geraldine is described as having “no home.” We have no idea the significance of her story about marshmallow moon-men and her hiccuping boss — the name “Haddox” doesn’t come up in the comics that we can think of. Geraldine is, however, the only person in the show who recalls real-world events. Wanda remembers her twin brother Pietro (AKA Quicksilver) but it’s Geraldine who reminds her he was killed in Avengers: Age of Ultron. Wanda coldly ejects Geraldine out of the sitcom reality, yeeting her past some kind of forcefield to land in a field where she’s swarmed by armed agents. It seems likely this official-looking installation is something to do with SWORD, the organization that appears to be observing events and whose symbol Geraldine wears.Played by Teyonah Parris, Geraldine is reported to be a grown-up version of Monica Rambeau, last seen as a young girl in the movie Captain Marvel. If she’s today in the real world, we may get some answers in episode 4.

The songsEach week a pop song from the era offers some kind of deeper meaning. Although the show seems into have skipped to the 1970s, this week it’s 1967 hit Daydream Believer by The Monkees. Lines like “Cheer up, sleepy Jean” suggest some kind of enforced sleep or that the setting is some kind of dream or imagined reality. Though the line “Oh, what can it mean?” could refer to viewers trying to figure out what’s going on. The paintObviously, whenever you see any object or text on screen it’s worth taking a closer look — that’s how eagle-eyed fans spotted the pivotal comics reference on the wine bottle in episode 1. In this installation, this paint cans used by Wanda to decorate the nursery bear the name “Simser.” Another reference to Marvel continuity? No, it’s the name of the show’s storyboard artist Jeremy Simser. Not everything is a clue.
New movies coming out in 2021: James Bond, Marvel and more
See many photographs 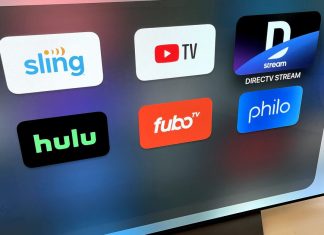 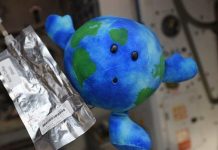