While some of Amazon’s big Prime Day deals are available now, most won’t start until 3 a.m. ET. But Walmart’s answer to Prime Day — its big Summer Savings event — officially kicked off this morning, and runs through Wednesday. We’ve pulled out some of the best deals below, which include slashed prices on TVs, laptops, iPads and more.

The 55-inch D Series model is only $20 more than the 50 incher. Five more inches of screen real estate for $20 is hard to turn down if you’ve got the space for it. The lowest you’ll find this model on Amazon is for $434.

The Apple Watch Series 3 isn’t quite as sleek as the Series 4 and has a slightly smaller screen. It lacks the EKG feature of the Series 4, but it has great heart health features that don’t require the EKG. And it’s way more affordable than the Series 4, particularly at Walmart’s current sale prices that match those you’ll find from Amazon. 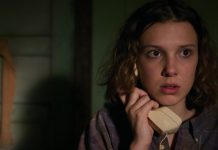