We’re approaching the end of Prime Day sales at Amazon. But the Summer Savings sale at Walmart is a great alternative if you’re not a Prime member, or if you just want to protest Amazon. The Walmart sale is online only, started Sunday, runs through Wednesday and doesn’t require any special memberships. It’s a great option if you’re in the market for a new Chromebook, Google device or you’re on the lookout for Apple deals.

Among the best deals we’ve found: Nice bundles available on Nintendo and Xbox consoles, and slashed prices on TVs, laptops, iPads. We’ve identified some of our favorite deals below. Updated Tuesday, July 16 to verify prices are accurate and products are still available, and to add NutriBullet Pro 900 deal.

Xbox One and Nintendo Switch bundles

Walmart is offering special bundles on each of these consoles. You get the hardware, at least one game and an accessory or two for the price indicated.

This is the return of Walmart’s “build a bundle” deal from Black Friday. The base price of $299 isn’t great — you can often find Xbox One S bundles with games for closer to $249 — but Walmart

(2) throws in an extra controller (choose from one of 1 designs), so you get a total of 2 controllers

So, all in all, not too shabby if you’re coming to the Xbox for the first time.

As with the Xbox bundle, this is less about a deep discount, and more about getting a bunch of extras thrown in. For $30 over the usual price of a Switch, you get:

(1) A Switch console in your choice of colors.

(3) Your choice of a free accessory: A portable power bank, a carrying case/screen protector combo or a camo messenger bag.

Just remember that the aforementioned Switch Lite is coming in 2 months for $200, if you’d prefer to wait.

Google’s excellent smart home products aren’t generally available at Amazon, which has its own competing Alexa brand. But Walmart is a Google partner, and has deep discounts on many Google Home devices, matching or beating many Amazon equivalents.

The 55-inch D Series model is only $20 more than the 50 incher. Five more inches of screen real estate for $20 is hard to turn down if you’ve got the space for it. The lowest you’ll find this model on Amazon is for $434.

As of Monday, Amazon has better pricing here, at least while products remain in stock. The Apple Watch Series 3 isn’t quite as sleek as the Series 4 and has a slightly smaller screen. It lacks the EKG feature of the Series 4, but it has great heart health features that don’t require the EKG. 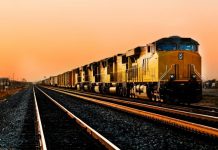