In his new role, Melnicki will join Blockchain president and chief legal officer Marco Santori in advocating for light-touch regulation for the cryptocurrency space in different jurisdictions around the world.

“I’ll be working closely with Marco Santori … on behalf of our organization, our clients and the virtual currency ecosystem to shape the future of our ecosystem,” he told CoinDesk.

In particular, Melnicki said, he is excited by the opportunity to help the space grow as companies like Blockchain seek to aid individuals secure greater financial freedom by facilitating peer-to-peer transactions and the other benefits afforded by cryptocurrencies.

While blockchain has been discussed by policymakers and regulators since 2013, “it’s about different issues today,” he said.

But policymakers still need to do more to learn about the technology that is “increasingly changing the way the world works together,” he argued, adding:

“The best opportunity to do this is by emphasizing engagement by governments with open, permission-less ledgers. That is the best path to effective new legislation.”

It’s an area to which Melnicki has given much thought. He told CoinDesk that “my initial impression is regulators are trying to find solutions around ways to rethink businesses and suggest market participants to operate within confines.”

“The primary product right now is a non-custodial wallet, which cuts directly into our mission here at Blockchain to provide a financial future and independence to our customers to ‘be your own bank.’ I think that’s super exciting, it’s an excellent offering in this space,” he said.

Santori welcomed Melnicki in a statement, saying that he brings “unparalleled banking experience,” along with “an unmatched understanding of how crypto and the financial system can work together to build a better future for all of us.”

Miniatures on globe image via Shutterstock 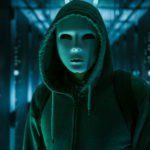