Volkswagen’s getting ready to pile even more tech on its model range for 2020. Some things are becoming standard across the range, others — like wireless charging — are being offered as options.

In addition to added creature comforts, the folks from Wolfsburg announced on Tuesday that they’d be adding some advanced driver assistance features as standard across the bulk of the product line, including front assist, blind-spot monitoring and rear traffic alert.

That VW is adding these safety features as standard when many premium automakers are still charging for them is a good sign. Volkswagen is a massive company, and where it goes, other manufacturers will almost certainly be forced to follow.

Also among the good news for consumers is the brand’s decision to simplify its trim structures for the 2020 model year. Now, this isn’t precisely like Tesla, for example, in its simplicity. The VW Atlas is still being offered in seven different trims, but the 2020 Golf will be offered in a single trim level known as the Value Edition.

The GTI gets two trim levels: S and SE. That’s it. You’ll be able to add an Autobahn Package to the SE, and that’ll get you goodies like a Fender audio system and fancier climate control.

Also new is the inclusion of Volkswagen’s latest-generation infotainment system Car-Net along with Wi-Fi across most of the model range, which is good because buying a new car with an old infotainment system sucks. Car-Net includes Apple CarPlay and Android Auto compatibility right out of the box, way better than what you get from some other German manufacturers.

While none of this is especially groundbreaking, it’s good news for consumers who want a ton of car for the money — something that’s historically been Volkswagen’s specialty, just watch out for VW’s new shorter warranty.

Colman Ma - October 10, 2018
0
Despite the bear market in cryptocurrencies this year so far, crypto hedge fund launches are spiking to all-time highs. According to a new report from Crypto... 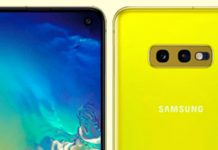