If you ask your voice assistant to find and call a company’s customer service number, there’s a chance you’ll end up connecting with scammers instead. Voice assistants like Siri, Alexa and Google Assistant are being tricked into picking up fraudulent support phone numbers created by scammers, warned the Better Business Bureau on Friday.

Con artists create fake numbers then bump them to the top of search results, according to the group. This could lead to Siri, Alexa or Google Assistant accidentally picking up a scam number when you do voice search. If you do call a phony customer service number, the BBB warned that the “representative” might ask for you to pay for something via wire transfer or prepaid debit card. They might even ask for remote access to your computer or tell you to visit an unfamiliar website, the group said.

“We work hard to fight against spammers and protect people from scams. When these fake numbers are reported, we remove them,” a Google spokesperson said in an email.

Google said that it designs its systems to prioritize authoritative sources and work to prevent scams from being surfaced, but the systems aren’t 100% perfect. When the company receives reports that scam phone numbers are being highlighted in its products, it’ll remove them, according to the spokesperson.

To protect yourself, the BBB suggests looking up a customer service number based on a company’s contact information on your bill or in your email or directly from the company’s website. You can also check out CNET’s guide to avoiding online scams. 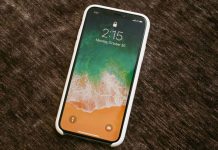