Verizon is saying goodbye to Tumblr. On Monday, the company’s media group said it agreed to sell Tumblr to Automattic, the parent of WordPress. Terms of the deal weren’t disclosed, but Axios reported that the price tag was “well below” $20 million.

“Tumblr is one of the Web’s most iconic brands,” Automattic CEO Matt Mullenweg said in a statement. “It is an essential venue to share new ideas, cultures and experiences, helping millions create and build communities around their shared interests.”

The sale isn’t a surprise, as reports earlier this year said Verizon was looking for a potential buyer. Tumblr became part of Verizon through the company’s 2017 acquisition of Yahoo. Verizon agreed to buy Yahoo’s operating business for $4.83 billion in 2016, though the price was slashed by $350 million after it was revealed Yahoo had suffered two massive data breaches. Yahoo bought Tumblr in 2013 in a $1.1 billion deal.

In 2017, Verizon merged AOL and Yahoo into its business, creating the media division dubbed Oath that was later rebranded to Verizon Media. But Verizon admitted last year that the assets weren’t as valuable as it had thought.

Tumblr has historically struggled to compete with other social media platforms, such as Reddit and Facebook. The site was dealt a setback in November when the Tumblr app vanished from the Apple App Store for roughly a month after child pornography slipped through the company’s content filters. A crackdown on adult content in December led in a single month to a 17% decline in desktop and mobile page views.

Tumblr to remove adult content, Apple will wait on a…

Monster Jam University got me muddy and airborne 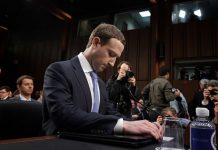 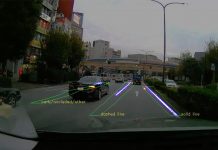