Gen. Paul Nakasone, the head of the NSA and US Cyber Command, said Wednesday a special task force has been created to focus on Russian efforts to interfere in the 2020 election. Called the Russia Small Group, the task force is applying lessons that US intelligence agencies learned from fighting ISIS in cyberspace.

“We [got] very, very smart on our adversary,” Nakasone, who is also a four-star General in the Army, told NPR in a rare interview. The task force set up to fight ISIS did more than map out how the group used the internet to spread its beliefs, recruit people and raise money; it also hacked ISIS networks, locked down its social media accounts and took down its web infrastructure.

The Russia task force is also trying to replicate its success in the 2018 elections, which Nakasone said showed the nation’s adversaries in cyberspace they should take the US’s capabilities seriously.

“We’ll be poised to act,” Nakasone said. “We will impose costs on adversaries that attempt to impact our elections just as we did in 2018.”

Nakasone’s comments come as the US gears up for the 2020 presidential campaign, which will make election systems appealing targets for Russian hackers. Russia is believed to have targeted systems in all 50 states during the last presidential election, according to the Senate Intelligence Committee, although a report on the subject concluded there was no evidence votes had been changed. Russian operatives also posted politically divisive statements to Facebook and Twitter, part of an effort to sow social discord.

Russian interference in the 2016 election was the subject of a report by Robert Mueller, who investigated the subject as special counsel.

Trailblazers and Troublemakers: Taking tech to the edge

Scientists Say People Will Definitely Have Sex at Self-Driving Cars 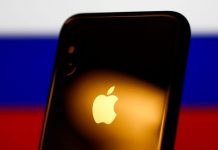