More than 130 applications have been submitted to the Commerce Department for licenses to sell US goods to Huawei, Reuters reported Tuesday. The report comes nearly two months after the Trump Administration said some sales to the embattled Chinese telecom would be allowed.

President Donald Trump effectively banned US companies from doing business with Huawei in May out of national security concerns that the company is too closely tied to the Chinese government. Huawei has repeatedly said those fears are unfounded.

Commerce Secretary Wilbur Ross confirmed the process in July, but the Trump Administration has yet to issue any licenses, Reuters reported, citing people familiar with the matter. The number of applications exceeds the 50 or so Ross said the department had received in July.

Huawei is the world’s second-largest phone manufacturer by volume, but it has struggled to make a dent in the US, partly because of concerns expressed by the government, including the FBI, CIA, NSA, the Federal Communications Commission and House Intelligence Committee.

The core issue with Huawei has been concerns over its coziness with the Chinese government and fears that its equipment could be used to spy on other countries and companies. It’s the reason why the US banned companies from using Huawei networking equipment in 2012.

Huawei, which reckons the US ban will cost its phone division $10 billion, has already laid off more than 600 US workers due to blacklisting.

Avengers: Endgame is streaming. Here are the directors’ best reveals 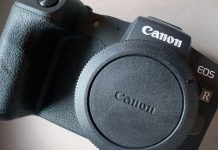