General Motors and the University of Michigan Transportation Research Institute released the findings of a new study on Monday that shows how various active safety technology has reduced the number of possible crashes. Although there are many drivers who feel some active safety features are overbearing, many systems absolutely work as intended. And the overarching intention is to stop crashes before they happen.

The results of the study aren’t shocking, but the degree two which the systems reduced wrecks is. GM and UMTRI looked at 3.7 million vehicles from GM brands across 20 models per police report crash databases. They covered the 2013 to 2017 model years and included 15 different systems ranging from active safety tech to more passive features such as HID headlights and a simple backup camera.

The biggest crash reducer was, unsurprisingly, automatic emergency braking. Bundled with forward collision alert, which attempts to warn the driver of a possible crash before automatically applying the brakes, rear-end crashes dropped 46%. The other massive crash reducer was reverse automatic emergency braking. This can allow a vehicle to, for example, apply the brakes while the driver is backing out of parking spot if a vehicle zips by from behind. The technology reduced these kinds of crashes by a whopping 81%.

The technology also includes the rear vision camera, rear park assist and rear cross traffic alert. Each of these systems on their own dropped crashes by 21%, 38% and 52%, respectively.

GM is only now starting to include these kinds of technologies as standard equipment on its vehicles. The upcoming 2021 Chevrolet Trailblazer will be one of the first GM vehicles to provide a suite of active safety technology as standard equipment. Most recently, a lot of the benefits unlocked with the tech were locked away in options packages, often costing thousands more for buyers. 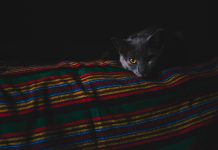