The United Nations World Food Programme (WFP) is expanding its blockchain testing from refugee aid in the Middle East to supply chain management in Africa.

Following the agency’s well-publicized pilot of an ethereum-based system for cash transfers in Jordanian refugee camps – a project known as Building Blocks – it now plans to test blockchain for the tracking of food delivery in East Africa, Robert Opp, the WFP’s director of innovation and change, told CoinDesk.

Specifically, the new project will monitor the movement of food from Djibouti’s port, where the WFP receives shipments, to Ethiopia, where much of its food operations are located.

Opp said the pilot will seek to answer the question:

“Can we increase efficiency by knowing in real time where the food is, be able to demonstrate the food’s origin in shipment points, to have this traceability record?”

Separately, the WFP also plans an initiative to educate Syrian refugee women in Jordan about managing their personal data and controlling third-party access to it on a blockchain system.

“We want to know how easy it is for people to interact with a system like blockchain and understand, ‘this is my data, I can control access,'” he said. “We yet have to figure out how it will look.”

This educational project will leverage the identity system the organization has built as part of Building Blocks, which was launched last year and now serves more than 100,000 refugees. In that program, people scan their irises to prove their identities, pay for groceries and receive cash back at supermarkets, and the transactions are recorded on a private version of ethereum.

The digital literacy efforts will be directed specifically at women who receive benefits this way via the WFP’s recently announced partnership with the UN Women cash-for-work program.

Opp didn’t give a timetable for the educational initiative or the Africa project.

Talking on a panel of the Blockchain Central event during the Concordia Summit in New York on Tuesday, Opp also discussed some of the achievements of the Building Blocks project by the WFP in Jordanian refugee camps.

“We are reaching 106,000 Syrian refugees in Jordan every month with cash benefits transfers. By implementing blockchain system we have been able to save around $40,000 a month in the transfer fees,” Opp said on the panel.

Talking to CoinDesk about the program, he said, currently, the WFP’s network includes four nodes and stores partial personal data about the registered refugees.

“The U.N. High Commissioner for Refugees keeps the full biometric data in a secure cloud solution. We only download some basic unique identifying information, we don’t put their full information on blockchain. I’m not even sure that their full names go there,” Opp explained.

The project is running on a private version of the Parity ethereum client with a proof-of-authority (PoA) consensus algorithm, although Opp didn’t rule out the possibility of switching to a public network in the future, if transaction speed issues get resolved.

Still, the WFP’s current system, according to him, has sufficient speed and could successfully deal with a 10-fold increase in volume. 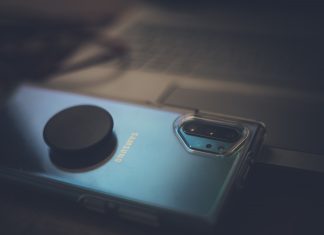 Dennis Lee - December 28, 2021
0
The digicam is normally the standout function on a brand new cellphone. And in 2021, phone-makers maximized the options and high quality of their... 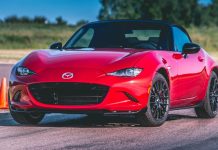