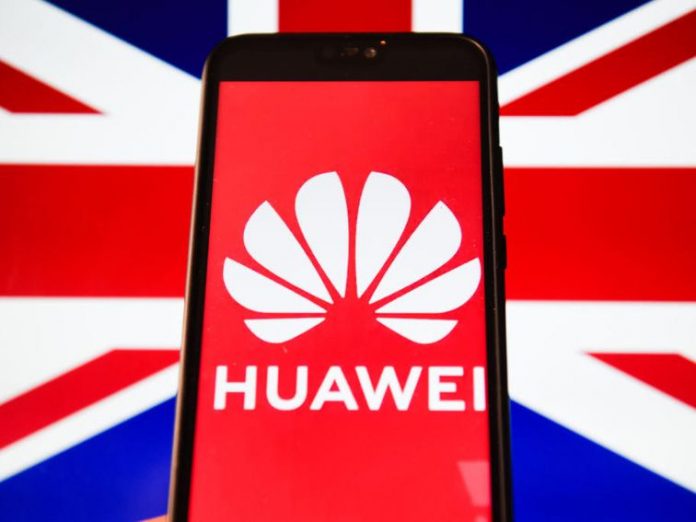 Oh, the agony of indecision. It’s something the UK government knows a thing or two about. For a change, the big question the the country’s dithering over this week isn’t Brexit, but whether to allow mobile carriers to use Huawei equipment in their 5G network infrastructure.

This dilemma has been quietly dragging on for months, and in the meantime, the tech industry hasn’t been standing still. Two carriers, EE and Vodafone, have both launched their 5G networks, both using Huawei equipment. You might think that makes it too late for the government to decide to place a ban on the company, and yet it’s not.

UK networks have long relied on Huawei equipment, but over the past year the country has come under considerable pressure from the US — which has issued its own ban on the Chinese company — to reconsider this reliance due to security concerns. It’s sparked analysis from a number of security bodies, which aren’t consistent with one another.

Earlier this year, the head of UK security agency GCHQ publicly agreed with the US that using Huawei equipment does pose a threat to the country. Meanwhile, the UK’s National Cyber Security Centre said that the country of origin for equipment has no bearing on whether it increases the security risk, and the best way to create a secure network is to use gear from a mix of companies. Then there’s the Parliament’s Science and Technology Committee, which took the middle road by advising that Huawei kit shouldn’t be used in a network’s core, but could be used more generally.

This conflicting advice, plus the constantly evolving situation in the US, means the government has stalled on making a decision. Next week, the government will issue a long-awaited telecoms supply chain review, but Reuters reported on Friday that it will once again not contain a decision on Huawei. And so the conversation continues, but the longer it drags on, the worse the knock-on effect for the carriers, for Huawei, for mobile users in the UK and for the country’s political reputation abroad.

It’s this final concern that was raised on Friday by Parliament’s Intelligence and Security Committee. Members of the committee are worried that the UK’s inability to decide definitively one way or the other is making it look bad, and causing “serious damage” to its relationships with other countries, particularly its allies.

The debate … has dragged on long enough and is damaging the UK’s international relationships.

Some might say that ship has already sailed. Famously, the country is still trying to work out if and how it’s going to leave the EU over two years after the Brexit referendum took place, frustrating many countries in the process. And just as with Brexit, outgoing Prime Minister Theresa May is washing her hands of making a final call on the issue.

Next week, the UK will get a new prime minister, either Jeremy Hunt or Boris Johnson, and the Intelligence Committee wants whoever comes to power to make a decision on Huawei as soon as possible.

“The debate over whether or not Huawei should be allowed to supply equipment to the UK 5G network has dragged on long enough and is damaging the UK’s international relationships,” the committee’s chair, Dominic Grieve, told The Independent. “The new prime minister must take a decision as a matter of priority.”

It’s one of the UK government’s stated aims that the country should be a leader in 5G, but while it’s been one of the first in the world to launch its next-generation networks, that leadership isn’t spilling over into issuing political directives about infrastructure.

What makes it more frustrating is that a leak from the UK’s National Security Council in May — which resulted in the sacking of Defence Secretary Gavin Williamson, suggesting that the government had made its mind up — actually came to nothing. It would have been more sensible to have “confirmed it one way or another, and got that decision made” at that particular moment in time, said Matthew Howett, an analyst at Assembly Research.

Howett added that it can be interpreted as “encouraging” that the government hasn’t told the networks to hit the brakes on their 5G rollout just yet. The expectation is that next week’s report will suggest the best course of action is to maintain a diverse range of suppliers, he said, which could hint toward the government’s decision being in favor of Huawei. The company is certainly hoping so.

Huawei had no comment for this piece, but in a public statement issued Friday, Victor Zhang, Huawei’s head of global government affairs, reiterated the idea that “diversity improves resilience in networks.”

For now, the situation remains in an awkward limbo with the government weighing whether to appease its allies or disrupt its 5G rollout and forgo its own 5G leadership position, all while trying to act in the best interests of national security.

A report from Assembly Research published this April suggested that if the government does decide to ban Huawei, it could cost the British economy £6.8 billion ($8.5 billion) and delay the widespread availability of 5G by up to two years.

“The reality is that removing Huawei at this stage would just be so disastrous for everyone,” Howett said. “It’s just not something that is practical — the embarrassment would be even more considerable.”