Both Khabib Nurmagomedov and Donald Poirier have made weight and the championship fight is on at UFC 242.

After defeating Conor McGregor in the biggest UFC fight of all time, Khabib Nurmagomedov is now a bonafide superstar in his own right and is hoping to add to that perfect undefeated record of his. His opponent? Interim Lightweight champ Dustin Poirier, a well-rounded competitor fresh off a brilliant win over Max Holloway in a five round war back at UFC 236.

This is actually a more compelling match-up than you might think. Let’s break it all down.

So this is a weird one. Most UFC cards kick off on a Saturday night, with the main card starting at 10 p.m. But with UFC 242 it’s different, the UFC is in Abu Dhabi. That makes for a fairly skewed timing situation.

The event kicks off Saturday, Sept. 7, but the fights will kick off earlier than usual.

For those in other regions, the UFC has a very handy time checker here.

This is a fairly top heavy card. The main event is super strong and the undercard is packed with a number of fairly important fights for the Lightweight division as a whole. Here’s who is fighting…

This year the UFC entered a new partnership with ESPN. That’s great news for the UFC and the expansion of the sport of MMA, bad news for consumer choice. If you live in the US especially.

If you already have an ESPN+ subscription you can buy the event for $60.

In the UK
MMA fans in the UK can watch UFC 242 exclusively through BT Sport.

In Australia
More options if you live in Australia. You can watch UFC 242 through Main Event on Foxtel. You can also watch on the UFC website or using its app. You can even order using your PlayStation 4 or using the UFC app on your Xbox One.

Is it worth watching?

Abso-frickin-lutely. And don’t let anyone tell you any different.

Sure, Nurmagomedov is a destroyer and unbeaten during a historic UFC run, but he is beatable. A beaten down, exhausted Conor McGregor was able to take a round from him in their fight last year, and while McGregor beat Poirier during his Featherweight run, Poirier is one of the most improved fighters the UFC has ever seen.

Poirier himself just beat Holloway, one of the pound-for-pound best fighters on the planet. Poirier has power, good defensive wrestling and slick boxing. He’s also overcome obstacles in his career and developed an iron will in the process. That’s what it takes to beat Khabib, who notoriously breaks people psychologically and physically by wrestling the strength out of opponents during gruelling early rounds.

Poirier might be able to push past that. Make no mistake: He is a live underdog in this fight and has a strong chance to dethrone the champ.

You don’t want to miss this fight.

Colman Ma - September 20, 2018
0
Yet another Japan-based cryptocurrency exchange has been hacked, losing a 6.7 billion yen (about $60 million worth of cryptocurrency), including 5,966 bitcoins. The licensed exchange,...

(+) Is Ethereum Ready to Play Catch Up With Bitcoin? 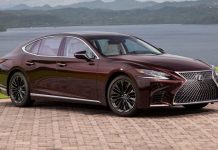