Big changes are afoot for the gig economy. California’s Senate passed a landmark bill on Tuesday night that could make Uber, Lyft, DoorDash, Postmates and other gig economy companies reclassify their workers as employees. Gov. Gavin Newsom has said he’ll sign it into law.

The prospective law, AB 5, has the potential to upend gig economy companies, which have businesses hinged on bringing aboard hundreds of thousands of independent contractors whose labor is far cheaper than that of employees. The setup benefits companies by shifting many costs to the workers. For example, Uber and Lyft drivers supply and maintain their own cars, and also pay for their own health care. The drivers also aren’t given benefits, such as sick days or overtime pay.

Uber and Lyft have both said their businesses could be broken if they’re required to reclassify their drivers as employees. The move would bring a new set of costs to the companies, both of which are struggling to become profitable. Uber had two rounds of layoffs in the past six weeks to control its expenses.

Uber rings in its IPO

When Uber filed to become a publicly traded company, it specifically identified the risk in a filing with the Securities and Exchange Commission. “Our business would be adversely affected if drivers were classified as employees instead of independent contractors,” it wrote.

What happens in California rarely stays there. By dint of its size, the Golden State often sets legal and regulatory standards for the country. The state is the largest by both population and economic activity, and that size means companies around the world have to meet its often-strict and precedent-setting standards if they want to tap the lucrative market.

In addition to AB 5, the state passed the California Consumer Privacy Act, which sets standards for collecting information online and goes into effect in January. The state’s rules and laws on fuel efficiency, emissions and air quality have affected automakers around the world. And the California Assembly just passed a bill that would allow college athletes to be paid for the use of their likeness.

San Francisco and Oakland passed the earliest laws in the US curbing the use of facial recognition technology, and San Francisco was among the first cities to curb Airbnb’s business, requiring hosts to be registered with the city.

AB 5 could serve as a first step to broader oversight of the gig economy. Already New York City ensures drivers earn at least $17.22 per hour for each trip they make and has put limits on fleet sizes to prevent congestion. Washington state and Oregon have considered legislation similar to AB 5.

“While limited workers to California, other states are likely to enact similar legislation,” said Michael Droke, a labor and employment partner at Dorsey & Whitney.

Just because someone really needs to work does not mean that their rights as a worker should be stepped all over.

Tony West, Uber’s chief legal officer, didn’t seem concerned about the prospect of AB 5 during a call with reporters on Wednesday.

Drivers will not be automatically reclassified as employees, even after January of next year.

If signed by Newsom, AB 5 will go into effect on Jan. 1, 2020. All companies using independent contractors in the state will be put to a three-part test that looks at how much control the company has over its workers. The test looks at whether the company has workers wear uniforms, use its equipment and follow business mandates.

“Because we continue to believe drivers are properly classified as independent…drivers will not be automatically reclassified as employees, even after January of next year,” he said.

Not everyone is convinced. Justin Ho, the CEO of rideOS and former head of strategy for Uber’s self-driving and mapping units, says ride-hailing companies should look for options that don’t rely on inexpensive labor. One way, he says, is to make the technology more efficient.

“Increased driver wages do not have to result in higher prices for the consumers if there are continued optimizations in dispatch and routing technology,” he said.

Support for AB 5 was evident among ride-hail drivers in California. Thousands of drivers across the state rallied to whip up support for AB 5 as it made its way through the legislature. They protested in front of Uber’s San Francisco headquarters and organized a caravan from Los Angeles to Sacramento. Many met with lawmakers to push for the bill.

“AB 5 is only the beginning,” said Edan Alva, a ride-hail driver who organize the group Gig Workers Rising. He says the momentum for change is building. “Just because someone really needs to work does not mean that their rights as a worker should be stepped all over.”

Uber and Lyft have said the majority of their drivers don’t want to be employees. Both companies have repeatedly warned that if drivers are required to become employees they’d lose their flexible work schedules.

Adam Roston, the CEO of Bluecrew, an on-demand staffing platform, says companies can still allow flexible work hours if the bill is signed into law.

“It’s a false narrative that the flexibility of gig work and worker protections can’t coexist,” Roston said. “Nothing about this new law prevents workers from having the same flexibility they have today.”

Still, both Uber and Lyft appear to be doing whatever it takes to keep their drivers independent contractors. The companies have said that if they couldn’t strike a deal on AB 5, they’d take the issue to California voters by sponsoring a ballot initiative in November 2020 that would exempt them from the law. Along with DoorDash, Uber and Lyft have already transferred $30 million each into a campaign committee account to sponsor the initiative.

“Our state’s political leadership missed an important opportunity to support the overwhelming majority of rideshare drivers,” Adrian Durbin, a Lyft spokesman, wrote in an emailed statement. “We are fully prepared to take this issue to the voters of California to preserve the freedom and access drivers and riders want and need.” 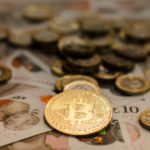 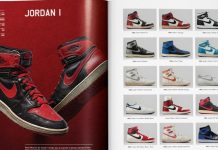