A pair of U.S. representatives, Doris Matsui, a California Democrat, and Brett Guthrie, a Kentucky Republican, have introduced a law to create a working group to determine a definition of blockchain. The lawmakers, both of whom sit on the Energy and Commerce Subcommittees on Communications and Technology and Digital Commerce and Consumer Protection, believe blockchain 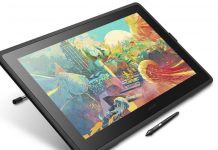