On Tuesday, the company said it’s trying out a way for users to follow sports topics such as the New England Patriots, cricket or wrestling. It’s testing this feature for Android users and will curate topics users could be interested in following.

Twitter will also let you “mute” topics so you don’t see these tweets all the time, and it’s exploring a way for you to create a separate timeline that includes certain accounts and topics you follow.

Twitter plans to release the ability to follow topics globally by the end of the year. As the social network tries to attract and retain new users, Twitter has been trying to take more risks with product changes. Earlier this year, Twitter released a prototype app so users could test new features such as adding color to replies, with the goal of making it easier to follow conversations.

“Our desire is to be a little bit more ambitious about the level of change that we introduce into the product,” Twitter product lead Kayvon Beykpour said during a press event at the company’s San Francisco headquarters.

The company is also exploring other features such as a search tool for your direct messages and the ability to reorder photos after you attached them to a tweet.

As for an edit button, don’t expect it anytime soon. Beykpour said he thinks that there’s a way for the company to let users correct typos. The risk, though, is some people might use the feature to change a controversial statement they tweeted on the site.

“It’s a feature I think that we should build at some point,” Beykpour said. “It’s not anywhere near the top of our priority list.” 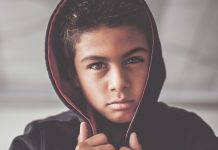