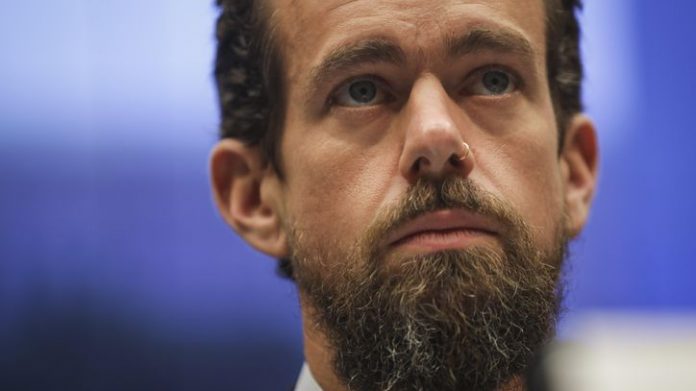 For more than 90 minutes, Dorsey participated in an interview through tweets with Recode’s co-founder Kara Swisher. The 42-year-old tech mogul talked about a variety of topics from tech responsibility and safety to the use of the platform by President Donald Trump and Tesla CEO Elon Musk. He also quipped he would rather be eating Cheez-Its than “bad meat” with Facebook CEO and co-founder Mark Zuckerberg.

With Twitter users chiming in every minute, even Dorsey admitted the format of the #Karajack interview was hard to follow. Walt Mossberg, a veteran tech journalist, remarked on Twitter that it was “a living example of how Twitter is a chaotic hellpit.”

The chaos highlighted how much work Twitter has to do to make the site easier to use. The social network has been losing users as it tries to crack down on fake accounts, election meddling, harassment and misinformation on the site.

1. When it comes to tech responsibility, Dorsey gives himself a C grade.

Tech giants have a lot of responsibility resting on their shoulders, including protecting democracy and the safety of its own users. Swisher asked Dorsey what grade he would give Silicon Valley and himself for tech responsibility. Dorsey, who noted that the platform was prioritizing physical safety first, isn’t exactly giving himself high marks.

Twitter has come under fire multiple times for not doing enough to combat harassment on the platform. A study last year even found that the site is a “toxic place” especially for female journalists and politicians. When people take a break from the platform, Dorsey says it doesn’t feel good.

Twitter has faced calls in the past to boot Trump from the platform over allegations that the president violated its rules including against hate speech. But Dorsey noted that Twitter also considers whether tweets are newsworthy or in the public interest. He also declined to say what newsworthy historical public figure he might ban.

4. The bar would have to be high for Twitter to charge users a subscription fee.

Twitter said in 2017 that it was exploring the possibility of offering a premium version of the social network for professionals. “Is Twitter still considering a subscription service?” Swisher asked Dorsey. The tech mogul noted the company needs to figure out what value it would get from charging users a fee.

5. Dorsey is a fan of how Tesla CEO Elon Musk uses Twitter.

Musk has run into trouble in the past for what he tweets but Dorsey is a fan of how Musk uses the platform. Last year, for example, Musk was sued by the US Securities and Exchange Commission after he tweeted that he was considering taking Tesla private but later settled the lawsuit.

6. Twitter still has a lot of work to do to make its site easier to use.

When the interview was over, even Dorsey wasn’t giving himself a big pat on the back. He mentioned last week he wanted to do an interview via tweets because it was a feature that Twitter is thinking about building. Clearly, Twitter still has a lot of work to do.

CES 2019: See all of CNET’s coverage of the year’s biggest tech show.

Everything about Fortnite: What you need to know about the hit game.

Early MySpace Was the Peak of Social Media