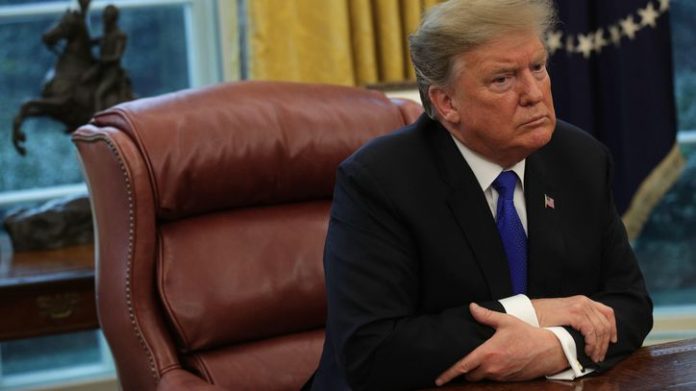 It’s never too early to be thinking of the next, next generation of wireless. At least that’s the stance President Donald Trump is taking.

In a pair of tweets Thursday, he proclaimed he’d like to see “5G and even 6G technology” deployed in the US “as soon as possible.” In not so many words, he pretty much told US carriers to get off their butts to deploy the networks before the Chinese beat them to the punch.

Many in the tech community scoffed at the president’s mention of 6G. After all, 5G is barely a real thing. Carriers around the world are just now starting to deploy the technology and there aren’t even any 5G handsets in the market. (Although that’s soon expected to change as Samsung, Motorola and LG are expected to start rolling out new 5G smartphones.)

So what is all this talk of 6G about? Here’s an FAQ to help you figure it out.

Before we get ahead of ourselves, what’s 5G again?

5G is the next-generation of cellular technology, which promises download speeds that are 10 to 100 times faster than today’s 4G LTE networks. But the real game-changer with 5G is the reduction in network latency, which will make the network respond almost instantaneously. This will enable mobile devices to do things never before imagined, and usher in a new wave of apps that will leverage newer technologies like augmented and virtual reality. It’ll also allow for things like communication between autonomous cars.

So where are we in the 5G rollout?

It’s very early days for 5G. Verizon was sort of the first with its launch of a non-standard version of the technology last year in a few cities. But that service wasn’t for mobile use and instead delivers a wireless home broadband service. The company said Thursday it will have a mobile 5G service in 30 cities by the end of this year. But it hasn’t said exactly when that will happen, in which cities it will launch the service, or how widely the service will be available in those cities.

But there are signs it’s getting ready to launch the service. On Wednesday, the company said it’d be offering Samsung’s first 5G smartphone, the Galaxy S10 5G, in the second quarter. Verizon also said at the CES trade show in Las Vegas last month that it’ll offer Motorola’s Moto Z3 as another 5G handset.

Meanwhile, AT&T turned up its 5G network in a dozen cities at the end of last year.  This year it plans to boost its coverage to 21 cities. So far, AT&T has only launched one device that can use its 5G network, a mobile hotspot. But it’s also expected to get the Galaxy S10 5G this summer.

T-Mobile and Sprint are in the 5G game. T-Mobile said it’ll launch in 30 cities, while Sprint will launch in nine cities in 2019.

The short answer is that 6G isn’t really a thing yet. There are no standards defined for what the technology will be capable of. But in general terms, it’s likely to be whatever the next big advancement in cellular data service is after 5G.

Is anyone other than Trump talking about 6G?

Not really.  But there’s speculation about what it could be.

“No one knows yet what 6G will entail,” Jessica Rosenworcel, a commissioner at the Federal Communications Commission, said at a wireless industry conference in September.

But she predicted in her speech that 6G will likely use wireless spectrum that’s at even higher frequencies than what is used today, which could make it possible to get download speeds that are 1,000 times faster than the gigabit speeds that 5G promises to offer.

“The sixth generation of wireless service will feature terahertz-frequency networks and spatial multiplexing,” she said.

And because this technology will only be able to transmit over very short distances, it could mean thousands of minicellular antennas and radios embedded almost everywhere.

Is anyone working on 6G yet?

The International Telecommunications Union, an arm of the United Nations that helps coordinate global telecom standards, has a working group looking into 6G. But the requirements or capabilities simply haven’t been defined at this point.

Chipmaker Qualcomm says it’s already started thinking about 6G. And researchers in Finland are also exploring the possibilities of 6G.

When could we see 6G technology?

Considering 5G is still getting off the ground, it’s likely to be years before we see anything real on 6G. The ITU’s working group is called Network 2030, so that should give you some idea on the timing. Just as a frame of reference, Verizon won spectrum in an FCC auction in 2008, which is used as the foundation of its 4G LTE network. And it launched that network in March of 2010.

Why is the president tweeting about this now?

It’s hard to say what exactly prompted Trump’s tweets. But it could have something to do with his administration’s ongoing trade negotiations with China. There’s a deadline of March 2 to strike a deal between the two countries or the US will raise tariffs on Chinese imports.

5G plays into all this because US policy makers are increasingly worried that China could surpass the US when it comes to 5G. This could mean that next industrial revolution, which many believe will be fueled by 5G, will happen in China instead of the US, leaving America at a severe economic disadvantage.

Huawei has become the focus of concerns from national security experts who are worried the company’s gear used to build 5G networks could be used to spy on the US. The US government has been working to ban Huawei’s gear in the US and it’s also been urging US allies to do the same.

Is the US lagging behind in 5G?

That’s a tough question to answer because it’s unclear what metric you use to measure this.

One thing is clear, 5G networks require at least five times the amount of infrastructure to be deployed than the previous generation of technology. The use of super high-frequency radio waves, called millimeter-wave spectrum, allows for huge amounts of data to be transmitted, but the range of this spectrum is limited. The result is a network requiring radios on every city block, versus 4G gear that transmits signals over miles.

Policy experts like Berin Szoka, president and founder of the tech think tank TechFreedom, says the US, by its very nature of being a nation of individual states, will not be as fast or efficient at deploying infrastructure at massive scale as a country like China, which is controlled by a strong central government.

“China has a top-down hierarchical government, so it makes it a lot easier to get infrastructure deployed,” he said. By contrast, local and state governments have more control over how, when and where equipment is deployed. And even though the FCC has tried to preempt the rights of these local governments, it will still be a challenge, he said.

So Trump’s comments about 6G are just crazy, right?

Not necessarily. There will likely be a next generation of wireless technology. But it’s not likely to happen for a long time.

What’s more, the industry hasn’t done anyone any favors with how much they hype different generations of technology. When you have the cable industry hyping their own next generation of wired broadband service as 10G, things understandably get confusing. By the way, 10G has nothing to do with wireless and does not mean the tenth generation of anything. It’s the marketing term the industry is using to refer to new wired broadband technology that can deliver download speeds of 10 gigabits per second.

T-Mobile gets aggressive, offers half off iPhone 11 even for current customers