It’s the first day of September, marked by a new round of tariffs on Chinese imports, which went into effect Sunday. In latest escalation of the trade war with China, the Trump administration has slapped a 15% tariff on $112 billion worth of Chinese goods (PDF), something consumers can expect to feel when buying everything from milk to diapers to some China-manufactured tech products like the Apple Watch.

President Donald Trump began his push for a tariff on electronic goods made in China last November. The US Trade Representative announced in May a list of products to receive a 10% tariff, which included phones, laptops and game consoles.

But on Aug. 13, the USTR said it would offer a temporary reprieve to a batch of about $160 billion products (PDF) like laptops and cellphones. Those goods won’t be subject to the new tariffs until Dec. 15 — an attempt to blunt the impact of the duties on the holiday shopping season. Trump later raised the new tariff on Chinese goods to a 15% rate rather than the initial 10%.

J.P. Morgan Chase, the US’ largest bank, says the latest round of tariffs could cost the average American $1,000 a year, according to CBS News.

China retaliated Sunday with its own tariff plan taking effect at 12:01 p.m. local time. It’s rolling out higher tariffs in stages on a total of about $75 billion in US goods like soybeans and crude oil. It’ll also resume an extra 25% duty on cars imported from the US on Dec. 15.

There’s some hope for tariff truce: Talks are still scheduled this month between Chinese and American trade negotiators, Trump told reporters Friday before going to the Camp David presidential retreat. But he maintained his resolve to continue the trade war. “We’re going to win the fight,” he said.

Colman Ma - September 12, 2018
0
Blockchain startups Ripple and R3 have resolved a legal battle that saw both firms filing suits over a contract dispute. A representative from R3 confirmed... 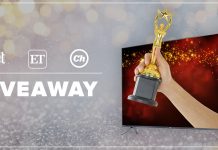