President Donald Trump tweeted Friday that Apple won’t get tariff relief for Mac Pro parts built in China, and urged the company instead to make its computers in America.

“Apple will not be given Tariff wavers, or relief, for Mac Pro parts that are made in China,” the president tweeted. “Make them in the USA, no Tariffs!”

“A man I have a lot of liking for and respect is Tim Cook, and we’ll work it out. I think they’re going to announce they’re going to build a plant in Texas. And if they do that, I’m starting to get very happy,” Trump said at the White House, according to Reuters.

Apple had requested that the Trump administration exclude parts for its new Mac Pro from import tariffs. The company will reportedly build the $5,999 computer, which was unveiled at this year’s WWDC, in China instead of in the US. The computer’s previous model from 2013 was one of the company’s few products made in the US.

The iPhone maker sought relief from 25% duties on parts including the computer’s stainless steel and aluminum frame, internal cables and circuit boards, according to filings from the Office of the US Trade Representative. Though the documents don’t explicitly name the Mac Pro, the features mentioned are similar to those of the computer.

In a June letter to US Trade Representative Robert Lighthizer, Apple said tariffs would “result in a reduction of Apple’s US economic contribution,” as the fees would impact all of its major products as well as accessories like monitors, batteries and parts used to repair devices. Apple also said the tariffs could hurt its competitiveness and “tilt the playing field in favor of our global competitors.”

Apple and the White House didn’t immediately respond to requests for comment.

CNET’s Abrar Al-Heeti and Shara Tibken contributed to this report.

Colman Ma - September 30, 2018
0
Decentralized Mobile Operator Miracle Tele Announces Token Sale This is a submitted sponsored story. CCN urges readers to conduct their own research with due diligence into... 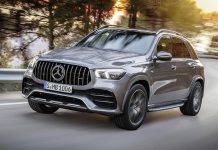 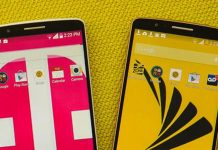