As the world’s No. 1 consumer technology site, we have the privilege of seeing, touching, testing and writing first about the products and services designed to change the way we live, work and play. Many will fail, but some will succeed and push us past boundaries in ways that most of us couldn’t have even imagined.

But some people did imagine that future, or at least knew the status quo needed disrupting. And they had the courage, ambition — or as they told us, pure dumb luck — to take a leading role in the evolution of our digital world.

After months of research and planning, we sent over a dozen reporters, photographers and videographers around the world to hear from those people, celebrated and controversial, who are effecting change, big and small. Some work inside the system, others strive for a different system. All of them have a point of view worth hearing about.

Some of the people we’ve chosen to profile are well known.

Chris Wylie reflected on his role as the whistleblower who revealed the controversial relationship between Facebook and Cambridge Analytica last year — and set in motion a worldwide re-examination of how big tech mines our personal data for profit. Henk Rogers, a video game designer, and owner of the rights to Tetris, now focuses his attention on clean energy projects and putting astronauts back on the moon.

And we spent a day with Craig Newmark, who built an online classified network that disrupted the world of traditional newspapers and made him an accidental billionaire, to understand what’s behind his $100 million investment in projects helping women advance in the tech industry, promoting teachers, protecting voting rights and saving journalism. Newmark also works with veterans groups who “tell me that previous wars were not my fight. Because, nerd. But they tell me now that countering disinformation, information warfare, that’s my fight. Because, nerd.”

We also met people who may not yet be tech industry notables, but who definitely deserve your notice.

Sam Hodder of Save the Redwoods is leading the nonprofit as it works to open an ancient redwood grove in Northern California to the public for the first time ever. He’s relying on technology to let us spend time among the 300-foot giants while preserving the pristine forest — and helping the species that rely on those trees for their survival continue to thrive.

Dr. Serena Auñón-Chancellor described for us what it takes to be a flight surgeon, engineer and NASA astronaut — and why she’s proud to be the second Hispanic woman to fly into space. Reshma Saujani, a former lawyer who founded Girls Who Code, shared her thoughts about the challenges and rewards of giving eager and excited girls opportunities to learn coding skills. And California State Senator Scott Weiner, who authored California’s net neutrality bill, explained his thoughts about regulating tech and why he’s the main force behind a bill to ease California’s housing shortage by changing local zoning laws near transit corridors.

As I read through each of the stories we’ve planned for you in the weeks ahead, I’m reminded of something Steve Jobs of Apple said: “The ones who are crazy enough to think that they can change the world are the ones who do.”

That’s why we’re proud to bring you our picks of trendsetters and troublemakers. Happy reading. 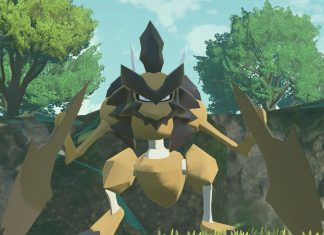 Pokemon Legends: Arceus – How to Evolve Scyther, Hisuian Growlithe and...