In an odd couple partnership, the trade union has joined hands with the YouTubers Union, a group of creators, to demand more insight into how the video-sharing service makes decisions about pulling down or demonetizing their work. The pair have created a new organization, FairTube, that is calling for Google-owned YouTube to set up an appeals process to be overseen by a third-party council. It’s given YouTube until Aug. 23 to “enter into negotiations.”

The poster child for this effort is just as unexpected as the alliance itself. It’s not a high profile creator like Lilly Singh or MatPat. Jörg Sprave, FairTube’s spokesman, isn’t your typical YouTube influencer. He’s a bald and sturdy 54-year-old German guy who makes videos about slingshots.

“We’re fighting for every YouTuber,” Sprave said in an interview.

Taking on Google, one of the most valuable and influential companies on the planet, is a long shot — even with Sprave’s impressive aim. YouTube, just one division in Google’s sprawling internet empire, is the largest video platform in the world, welcoming more than 2 billion visitors a month. And Silicon Valley is famous for its individualistic approach to the world. Unions aren’t really part of its DNA.

Still, if there’s any tech giant that is used to a discussion of organized labor, it’s Google.

Over the past several years, Google employees have protested projects and policies they view as unethical. Last year, workers spoke out against Google’s work on Project Maven, a Pentagon initiative to use artificial intelligence for improving the analysis of drone footage. Roughly 4,000 Googlers signed a petition and a handful resigned. Googlers have also protested Project Dragonfly, the company’s effort to build a search product for China after it retreated from the market in 2010.

The crescendo of Google activism came last November, when 20,000 Google workers from offices around the world walked out to protest how the search giant handled sexual assault allegations against Andy Rubin, the creator of the Android mobile operating system and a former senior executive. At the time, walkout organizers — much like IG Metall — sent a list of demands to Google leadership.

YouTube says the company needs to invest in the success of creators, while also making sure marketers feel safe to advertise on the platform. “We take lots of feedback as we work to get this balance right,” a spokeswoman said in a statement.

The situation with FairTube is, of course, different from past protests at Google. The organizers aren’t the search giant’s employees but YouTube users who populate the platform with content. And Google employees haven’t enlisted the aid of an outside union in pushing their agendas. The dynamics, however, are similar from a labor-management standpoint, employment experts say.

Google’s ample experience with employee protests could affect the company’s response to the FairTube, says Thomas Lenz, a lecturer at the University of Southern California Gould School of Law and a former attorney with the National Labor Relations Board.

The company has seen more than its fair share of mass dissent, and Google has had a range of reactions. In some cases, it’s caved to demands. After the walkout, for example, Google ended the practice of forced arbitration, which typically requires an employee to waive the right to take legal action in the face of a company investigation. (Google has also allegedly retaliated against employee organizers. The company denies the claim.)

“If you’ve seen the different facets of these issues arise, you study those and how best to respond,” said Lenz, referring to Google’s management. “You’re going to be more savvy with those issues.”

FairTube’s main goal is more transparency from YouTube. In addition to a third-party board for appeals, the organization also wants human contacts, rather than software tools, to be available for creators with disputes over takedowns or demonetizations. The group also wants violations to be “precisely explained” to creators, so they can understand more about the decision-making process.

The work that employee organizers at Google did gives the FairTube effort an indirect precedent the company, says Tyler Breisacher, a former Google engineer who resigned last year over the Maven project.

“A lot of people throughout the industry, and not just at Google, are starting to think of organizing and unions,” Breisacher said in an interview. “Our interests — employees and users — are different from the interests of the executives and the companies themselves.”

“Our interests — employees and users — are different from the interests of the executives and the companies themselves.”

Across the digital economy, talk of unionizing is becoming more commonplace. Uber and Lyft drivers have sought to unionize, as have European video game employees. Earlier this year, employees at NPM, a San Francisco startup that makes coding tools, reportedly tried to unionize, but their efforts failed and some employees involved in the effort were laid off. The push to organize is so strong that comedian Hasan Minhaj devoted an episode of Patriot Act, his Netflix show, to exploitative conditions in the game industry.

Breisacher isn’t sure how successful the FairTube push could be, but he supports it. “Hopefully this is just a start,” he said.

Meanwhile, the Friday deadline draws near. IG Metall has threatened to sue for employee status under EU law, but there’s no guarantee it would win, even in Europe, which is more worker friendly than the US. Asked for comment, a YouTube spokeswoman denied that creators have any claim to legal employee status.

And then there’s the practical consideration of the YouTubers Union’s needs. Its roughly 600 members, just a fraction of YouTube’s millions of creators, rely on the video-streaming giant more than it relies on them.

Sprave, whose Slingshot Channel has 2 million subscribers and has been online since 2013, is one of them. In a video announcing the formation of FairTube, Sprave said the problem for YouTube creators goes back two years to the “adpocalypse,” when herds of brands fled the site because they didn’t want their products advertised against extremist content.

He formed the YouTubers Union last year to stand up for “independent” creators, who he thinks YouTube treats unfairly compared to publishers and professional video makers. Until recently, the effort hadn’t gained much steam. (The website hasn’t been updated since last year).

“The only problem is that so far, we haven’t been able to achieve much,” Sprave says the video. “But exactly that is going to change now.” 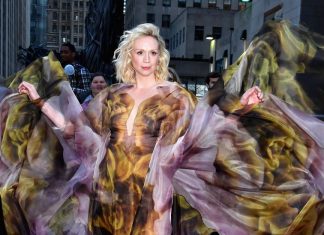 Game of Thrones actress Gwendoline Christie nominates herself for an Emmy,... 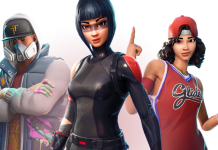 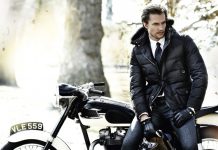