Zombie slayer Rick Grimes (played by Andrew Lincoln) will return to The Walking Dead, but in a movie that will debut in theaters instead of AMC’s TV network.

The short teaser trailer shows the helicopter that carried an almost-dead Grimes flying off to an unknown destination where there are very tall buildings. The teaser simply states, “Rick Grimes Returns: Only in theaters.”

The official AMC Twitter account confirmed that the untitled Walking Dead movie will be distributed by Universal Pictures. Additional cast information and a release date has yet to be revealed.

AMC didn’t immediately respond to a request for comment.

News of The Walking Dead movie starring Lincoln as Grimes was first mentioned at last year’s San Diego Comic-Con panel, which also revealed more TV shows and movies were to come in the franchise’s 10-year plan.

The Walking Dead season 10 trailer was also revealed during the SDCC panel on Friday.

The trailer shows fans a glimpse of what’s to come — a Whisperer War. The Whisperers, antagonists from The Walking Dead comics, were first introduced on the TV series in season 9.

New characters joining The Walking Dead cast of next season were also revealed during the SDCC panel on Friday. Actor Thora Birch will play the character Gamma and Kevin Carol will play a character named Virgil.

This season will also be the last for the beloved character of Michonne (played by Danai Gurira). The actor confirmed it on the SDCC panel on Friday. 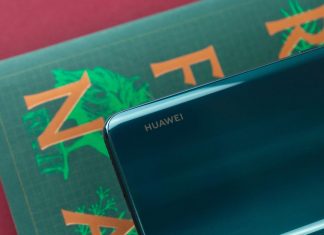 Gamechain Is a Real Game Changer for the Gaming Community