At the 2018 SEMA show, Chevrolet brought a bit of a surprise in the eCOPO Camaro — a purely electric drag racer that can clip off quarter-mile times in the 9-second range.

Now, it appears Chevy is finished with the car and it’s heading to auction. Russo and Steele posted the eCOPO Camaro as one of the many vehicles it will see off at its Monterey Car Week auction, and it’s bound to attract a lot of attention.

GM only built this one car, and it even has a VIN. We mentioned this electric Camaro will run quarter-miles in the 9-second range. On a bad day, it’ll do 10-second quarter-miles. It can also pop a silent wheelie, which is awesome.

It’s understood Chevy doesn’t actually own the eCOPO Camaro, since it was developed in partnership with Hancock and Lane Racing. Thus, Chevy may not actually be the company putting the electric drag racer up for auction.

Powering the car is a set of BorgWarner electric motors that make over 700 horsepower and 600 pound-feet of torque. Making sure the two motors always have juice are four 200-volt batteries placed throughout the car. If one were on a scavenger hunt, they would find the batteries where a standard Camaro houses its rear seats, with another over the rear axle and the last one hiding in the spare tire area. All in, the electric powertrain is basically the antithesis of an LS swap, with the rest of the important bits bolting right in place. That includes the Turbo 400 transmission.

We don’t know if electrification will take hold of the Camaro at some point in the future, but if it happens, the eCOPO Camaro will be a very important blip on the nameplate’s timeline. If anything, the one-off pony car shows electric race cars don’t have to be boring.

5 things you need to know about the 2019 Chevy Camaro… 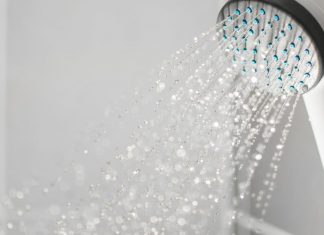 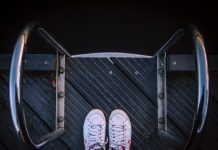