The next big Apple event is just a few days away, and while we think we know a lot about the upcoming iPhone 11, there’s still plenty more to be revealed about other potential products we may see, like a new Apple Watch. In this week’s Apple Core roundup, we’ll be going over the latest leaks on what to expect from the September 10 launch event at the Steve Jobs Theater in Cupertino, California.

Sleep tracking on the Series 5?

Compared to the wealth of rumors around the iPhone 11, we haven’t seen many rumors about the new Apple Watch — apart from some references to titanium and ceramic finishes, plus potential processor upgrades. This week we finally got some new clues about a long-awaited feature: sleep tracking. According to a 9to5Mac report, the new feature (code-named “Burrito”) will track your sleep using existing tools already found on previous Apple Watch models, like the heart-rate sensor and the microphone.

This means the new sleep-tracking feature may not need completely new hardware to work and could potentially be backwards compatible with older Apple Watches models. The report also says there will be a new Sleep app on the Watch, and sleep metrics would also appear in Apple’s Health app on the iPhone.

Apple Watch competitors from Samsung and Fitbit have offered sleep tracking for years now, and while third-party sleep-tracking apps have been available on the Apple Watch, it has yet to offer a native solution. One of the main hurdles is battery life, which up until this point doesn’t last long enough to track sleep all night on one charge.

To get around these limitations, MacRumors reports that you may get a prompt on your iPhone to remind you to charge the watch before wearing it to bed and that you’ll need at least 30% battery life remaining to track sleep before going to bed.

Another way to get around this battery limitation would be to have two Apple Watches, one used for sleep and the other for use during the day. But most people won’t have the luxury of owning two Apple Watches. A more interesting solution could come from the iPhone 11 itself: if it delivers on rumors about reverse wireless charging, users could potentially charge the watch on the back of the phone throughout the day. Or this year’s Series 5 could have a larger battery, incentivizing users to upgrade this cycle.

Sleep tracking aside, we still don’t have a clearer picture of whether or not to expect a brand-new Apple Watch Series 5, or just a refresh to the Series 4. Whatever happens, let’s hope that improved battery life is part of the announcement on Tuesday.

iPhone 11 benchmarks are in, plus a low-light camera mode

The iPhone 11 isn’t even official yet, but we’re already getting a glimpse of its performance. 9to5Mac has what are supposed to be the first Geekbench benchmark results of the new phone (the cheapest of the three models we’re expecting), rumored to be the successor to the iPhone XR. According to the site, it will see a small performance boost over last year’s phone, about 12% for single-core tasks and similar performance in multicore results. However, if these results are the real deal, the report says it would represent the smallest performance jump in iPhone history.

The more exciting iPhone rumor this weeks comes from the iOS 13 code which, accoding to MacRumors, references a dedicated low-light mode for the iPhone. This mode would help produce better-looking photos in low light, and it’s something the default camera app on the iPhone has been lacking (competitors like Huawei, Google and Samsung all have low-light modes on their flagship devices that help improve night shots). Here’s how the current iPhone XS Max camera compares to the latest Galaxy Note 10 Plus.

It’s been two years since the last Apple TV was released, so it seems fairly likely that we’ll see some kind of refresh at the next event, given that Apple has been updating its streaming boxes on a biannual cycle. This week 9to5Mac received a tip saying that the new box could use HDMI 2.1 and a tweet by Apple leaker @never_released (Longhorn) pointed to the new model using an A12 processor.

The 2017 Apple TV refresh brought 4K support, and with both Apple Arcade and the TV+ streaming service launching soon, it makes sense to announce a new hardware that would support the new services.

What’s still very much up in the air is Apple’s long-rumored AR headset. MacRumors reports that an internal build of iOS 13 includes several references to AR, including an app that can switch in and out of head-mounted modes. They also discovered an icon in the new “Find My” app showing an AR/VR headset that looks a lot like Google Cardboard. While it seems unlikely that we’ll see an actual headset revealed during the September 10 event, it appears it’s still very much a possibility for 2020.

‘One more thing’ could be… an Apple tracker?

Apple may be getting ready to take on the Tile tracker. According to MacRumors, an internal build of iOS 13 points to signs of an Apple Bluetooth tracker that could help keep tabs on your personal items, like keys, a wallet or luggage. An image uncovered in the build points to a small, white circular tracker with the Apple logo in the center.

Like other Bluetooth trackers on the market, such as Tile and TrackR, you’ll be able to ping Apple’s tracker from your phone within the “Find My” app on an iPhone, and would make a sound so you can hear it. The report also mentioned being able to put the tracker in a special “lost mode”, so if you’re out of Bluetooth range and another iPhone user finds the missing item, they can call or text you.

Apple could also incorporate an AR element to the tracker that would make it easier to find your lost stuff. You may be able to use the camera app to walk around and “scan” a room to find a balloon overlaid onto the image that will help you zone in on the item. This is similar to Pixie, a Bluetooth tracker that incorporates AR to help you find items in close proximity.

With the Apple iPhone 11 event happening on Tuesday, September 10 at 10 a.m. PT, we’ll know for sure which products we’ll be getting. Here’s how to watch the event live and when you need to tune in depending on your timezone. You can also find out more on pricing, specs and features we’re expecting from the iPhone 11 launch. 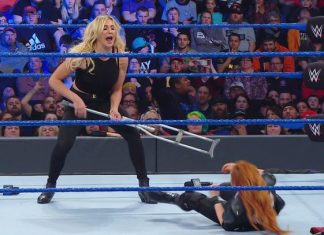