Harley Quinn isn’t the type of comic book character to follow the rules, so her new DC Universe show might as well offer something a bit more unusual than the typical animated series.

Fans got a peek at the new Harley Quinn animated series at the DC Universe panel Saturday night at San Diego Comic-Con.

In the series, Harley Quinn (Kaley Cuoco) breaks up with The Joker (Alan Tudyk) and tries to make it on her own as Gotham City’s criminal “Queenpin.” She also ends up teaming up with Batman and flirts with Poison Ivy, all while cursing up a storm. Even Aquaman shows up.

This is the first full trailer released for the adults-only Harley Quinn animated series. Previously there was a teaser shown at last year’s New York Comic-Con.

There’s no release date yet for the 26-episode series, but fans will be able to find it on the DC Universe streaming service.

Be sure to follow along with our Comic-Con 2019 coverage for the latest gaming, TV and movie news. 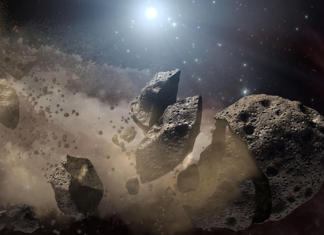