As much as I love the brilliant, prismatic backings of phones like the Galaxy Note 10 and Huawei P30 Pro, these high-gloss backings pile up the fingerprint grease faster than a stack of pancakes. That’s why it’s great to see Motorola embrace a matte finish with the One Zoom, a new midprice phone that aims to go high on value and low on price. The One Zoom will cost you $450 in the US when you buy it unlocked from Motorola.com, and 399 euros when it goes on sale in Europe (about £360 or AU$650). It’ll also sell in Mexico, Brazil and Argentina.

Motorola is in an unusual position with its devices. Owned by Google before being sold to Lenovo, the brand has over the years chiseled out a successful niche as a maker of budget phones. The Motorola One Zoom falls right in the middle of the range, offering a package of specs for about half the price of today’s most premium $1,000 phones.

While the satiny-smooth glass backing is one of the more notable things about the new Zoom phone, it’s the four cameras on the back (and the one on the front) that really grab our attention.

Motorola also wants to attract buyers with its 6.4-inch OLED display, a claim of two days of battery life with its 4,000-mAh battery and 128GB of on-board storage — all pretty impressive features on paper for the price.

I ate insects at Comic-Con and now I want more

(+) BitMEX Liquidations: How to Avoid Getting Rekt 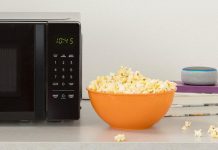