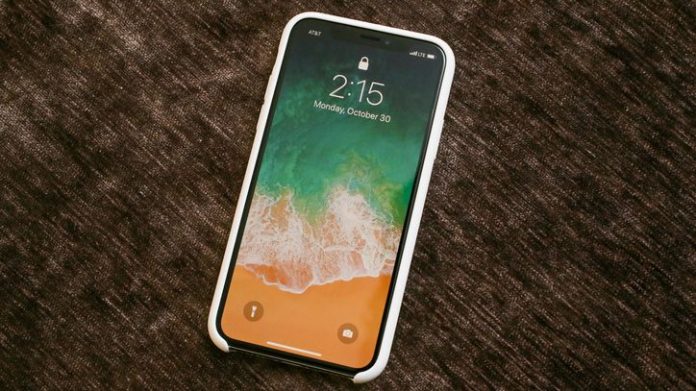 The iPhone X has been spotted again on the Apple Store at a discounted price. The 2019 iPhones are rumored to have three camera lenses on their backs, but what could they be used for? Meanwhile, the FaceTime bug refuses to go away. Here’s a roundup of the top iPhone and Apple headlines from this week’s episode of Apple Core.

After disappearing from the Apple Store without a trace in September 2018, Apple has begun selling its 10th anniversary iPhone X online again. The caveat: you’ll have to search for a refurbished model while supplies lasts.

Apple stopped selling the iPhone X shortly after releasing last year’s iPhone lineup: the iPhone XS, XS Max and the XR, presumably to prevent the X from cannibalizing sales of its new phones. The refurbished iPhone X phones were first spotted this week by MacRumors and appear to be selling out fast.

And though they are discounted from the original $999 price, the discounts aren’t that great when you compare them to the iPhone XR. An unlocked iPhone X with 64GB of storage goes for $769. That’s only $230 less than the iPhone XS with the same storage capacity, but $20 more that the 64GB iPhone XR. And even though it’s an entire year older, the 256GB model is the exact same price as the equivalent iPhone XR. The iPhone X is smaller than the XR — if that’s what you’re into — and has a dual rear camera and an OLED screen, compared to the XR’s single rear camera and LCD screen.

The iPhone X makes a comeback, catch it while you can

Apple’s Group FaceTime bug gets flagged by US lawmakers

Apple can’t seem to shake off the ongoing negative criticism surrounding its FaceTime bug. Since the news broke last week, Apple has issued a patch with the release of iOS 12.1.4 that fixes the security flaw that allowed callers to eavesdrop on other people. The company has also issued an official statement apologizing to “customers who were affected and all who were concerned about this security issue…” and said its “committed to continuing to earn the trust Apple customers place in us.”

Apple further tried to make amends by paying a visit to Grant Thompson, the Arizona teen who first spotted the flaw, at his home. In an interview with CNBC, the teen’s mom mentioned a “high-level Apple exec” had thanked her son and mentioned he could be eligible for Apple’s bug bounty program, which offers a cash reward of up to $200,000 to researchers who find and report vulnerabilities in specific Apple software. Apple has since confirmed the company’s plans to compensate the teen, but didn’t disclosed the exact sum.

But the mea culpa may not be enough to quell critics. Last week, New York State Attorney General Letitia James announced she would open a formal investigation to find out why Apple didn’t give users a heads-up about the security flaw, and why it took the company so long to address the issue.

Congressional lawmakers also penned a letter to Tim Cook requesting more information about the flaw to understand the extent to which it compromised users security. The letter, signed by Rep. Frank Pallone Jr. (D-New Jersey), chairman of the House Energy and Commerce Committee, and Rep. Jan Schakowsky (D-Illinois), chairwoman of the Digital Consumer Protection and Commerce Subcommittee, said they believe Apple has not been as transparent as this serious issue requires.

What that third camera could mean for the 2019 iPhone

It’s only February and we’re already starting to get a pretty good sense of what the 2019 iPhones (or iPhone 11s) will look like. Multiple rumors point to a very similar design to last year’s lineup, with a smaller notch on the screen, and a possible switch to USB-C as its port of choice rather than Lightning. We’ve also heard the pricier iPhone 11 Max would have three cameras on the back. But until now, we weren’t exactly sure what that third camera was going to be used for.

A recent Bloomberg report shed some light, however.  According to the report, Apple originally was said to be working on a 3D camera system for the 2019 iPhone, but then had to push it out to 2020. The new camera could scan at a range of up to 15 feet, much farther than the current True Depth camera system used on the front of the phone for FaceID, which only scans out to a range of up to 50 cm according to the report. The longer range could open up the phone to more augmented-reality features and improve portrait mode on stills and perhaps video. The third lens on this year’s iPhone, at least according to Bloomberg, would likely be used to capture a wider field of view and would only be coming to the higher-end Max model.

The Bloomberg report also mentions a new dark mode in the works for the iPhone, similar to what Apple rolled out for its computers with MacOS, which uses a dark color scheme instead of the traditional white. Dark mode on the iPhone would make late-night screentime a lot less jarring and would look especially good on the OLED screens of the iPhone X, XS and XS Max, which are able to produce true blacks. This feature would likely come with the update to iOS 13 in September, with an announcement coming at Apple’s Developers Conference (WWDC) in June of 2019.

Also rumored to be coming in iOS 13: 230 new emojis. Some notable additions, according to the Unicode Consortium which approves these new emojis, include: people with disabilities (with a wheelchair and probing cane), interracial and gender inclusive couples, and a some pretty essential members of the animal kingdom, like the sloth, flamingo and a skunk.

And finally, iPhone X, XS, XS Max and XR users may not have to wait until September to get new characters on their keyboards. The Public beta of iOS 12.2 gave us a preview of the adorable giraffe, shark, owl and warthog Animojis that could be coming to these devices in the next few weeks. As if you needed another excuse to make weird faces at your phone.

First published Feb. 7, 5:01 p.m. PT
Update, Feb. 9 at 3:30am PT: Adds confirmation that Apple will compensate the teen who discovered the FaceTime flaw.

More Apple news from the week

The 2020 Chevy Corvette is affordable, Monterey Car Week and more: Roadshow’s week in...