The latest iPhone 11 rumors are coming to life with more details about the controversial camera bump, thanks to a new video from Unbox Therapy. In this week’s Apple Core roundup, we also have more clues about what might be in store in the 2020 iPhone and some bad news about Apple’s rumored augmented-reality glasses. Also, Apple celebrated World Emoji day this week with a sneak peek of new emojis coming to your iPhone in iOS 13.

An iPhone 11 clone in the flesh

The iPhone 11 mock-ups seem to be getting more realistic as we inch closer to Apple’s next launch event in September. This week, Lewis Hilsenteger from Unbox Therapy posted a video in which he shows a real-life representation of what the iPhone 11 will look like based on all the rumors we’ve seen so far: a three-camera array on the back and a similar design to the previous XS models. We’ve seen a lot of 3D mock-ups of the iPhone 11 with the same traits, but this one is strikingly real.

In the video he points out why this particular model is a more-accurate representation of the rumors. The most noticeable difference between this mock-up and the current iPhone is the square camera bump, which lies almost flush against the back of the phone. It looks slimmer than the bump on the existing XS. Image sensors inside the square are also larger than on the XS or what we’ve seen from earlier renders.

There’s also a circular mute switch on the side of the phone which moves up and down like on an iPad, instead of side to side like on the current iPhones and larger FaceID sensors on the front of the phone.

Apple has not yet sent out official invitations to its next launch event where we expect to see a new iPhone announcement.  Based on previous timing, this year it will likely fall during the week of Sept. 9.

More rumors about the 2020 iPhone

But if the iPhone 11 mock-ups don’t do it for you, there’s always next year’s model. Rumors about the 2020 iPhone have continued to flood the internet despite the fact that it’s over a year away.

Last week a report on Chinese tech site MyDrivers, citing longtime Apple analyst Ming-Chi Kuo, said Apple would reduce the size of the TrueDepth camera and shrink the notch. Another report in China Times this week says Apple could go even further by removing the notch altogether, replacing FaceID with an in-screen TouchID for a truly edge-to edge display.

And the rear camera could become even more crowded on the 2020 iPhone as Apple adds a 3D depth-sensing rear camera to the mix. According to a report in Digitimes, cited by MacRumors, Apple has already asked its manufacturing partners to have the sensors ready for next year. The depth sensing technology would be similar to the existing TrueDepth technology currently used in FaceID on the front of the phone, but it would be capable of scanning objects from 15 feet away instead of just 50cm, which is the maximum distance FaceID can currently reach.

Apple’s AR glasses may not see the light of day

A recent Digitimes report says Apple’s AR glasses may have been shelved until further notice. Among the culprits, according to the report, are the glasses themselves, which were nowhere near completion and weren’t at the price point Apple needed to make them attractive for consumers.

Apple has reportedly been working on AR or mixed-reality glasses with an 8K display in each lens to launch as early as 2020. And there were plenty of clues to support this theory.

Tim Cook has been a vocal supporter of AR, and Apple has acquired a number of AR-related projects  over the past two years. The company has also invested a lot of time in developing its mobile AR platform, ARkit, which launched two years ago. The rumored new 3D camera module on the iPhone 2020 would’ve been the icing on the cake for a big AR launch that year.

As always, these are just rumors at this point, and Digitimes has had inaccurate predictions in the past. And while it the company’s AR endeavors are likely going to continue, the glasses themselves may have hit a bit of a roadblock after the departure of glasses team leader and Hololens co-inventor Avi Bar-Zeev earlier this year.

Wednesday was World Emoji Day (who knew ¯_(ツ)_/¯) and Apple celebrated by releasing a preview of the new emojis coming in iOS 13 in September.

Notable additions to the collection include a yawning emoji, a sloth, flamingo, waffles and falafels. Mixed-race and same-gender couples add diversity and extra emoji like a guide dog and prosthetic leg offer greater representation of people with disabilities. 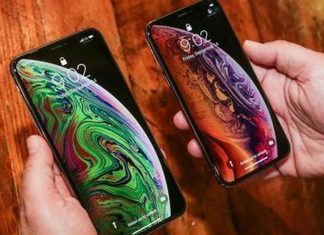 The best Apple HomeKit devices of 2019 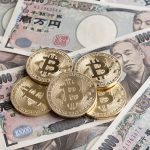 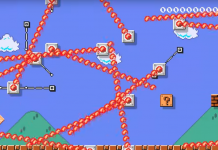