The Boys isn’t your typical superhero show. It’s a parody of the superhero mania that’s seemingly taken over the world, and a commentary on celebrity worship. It tackles corporate influence and centers around the idea that power corrupts. That, says actress Erin Moriarty, is what helps it stand out.

The series, which made its debut on Amazon Prime Video in July, envisions a world in which superheroes abuse their power and influence. A team of vigilantes called The Boys works to keep them in check.

Moriarty plays Annie January, the newest member of a superhero team known as the Seven. She goes by the name Starlight when in uniform, and must come to terms with the fact that the people she’s always admired are greatly flawed.

The Boys is a far cry from the worlds of Marvel and DC. The show, and Moriarty’s character, addresses issues particularly relevant in the age of #MeToo, such as misogyny and female empowerment. For Moriarty, it’s a breath of fresh air in a genre that’s become oversaturated.

Moriarty spoke to me on the phone from Toronto. Here’s an edited transcript of our conversation.

Because we’ve been sort of oversaturated with this genre, things are changing. Some of the bigger studios that pump out these films and TV shows are increasingly aware of that, so they’re defying the formula we expect. The Boys took that even further and turned it into a satire that simultaneously pays homage to this genre.

I also love dark comedies. It’s probably my favorite genre. I like things that have enough levity to make you laugh, because life is funny and I think dark comedy probably would be the genre of most of our lives if we were to depict them. At the same time, while making you laugh, the show also makes a lot of commentaries on the political, religious and corporate qualities and goings on of the world right now.

Who are your all-time favorite superheroes and why?
My favorite superheroes are always a reflection of my love for the actors’ performance. I love Robert Downey Jr.’s Iron Man. I think that was one of the first superhero films I saw that had tons of nuance and levity and felt like a character-driven superhero movie, which was unprecedented for me.

I loved Hellboy, too, which was one of the little bit more obscure ones, but I thought Ron Perlman in that was great. He had nuance to that character that made it feel like I was really watching an acting performance instead of just an action figure.

Marvel or DC?
Marvel. They’ve been making movies lately like the last Thor that are basically comedies. Like The Boys, they poke fun at the genre but then also satisfy our appetite. I like that they’re self-aware.

What makes The Boys stand out? Why is this something people should watch?
It’ll surprise you on every end. Those who love superhero shows and movies, their appetite will totally be satisfied because it pays homage to that, and there are awesome action sequences. But then the cool thing about The Boys is that … despite the circumstances of the show being so extreme and taking place in a world where superheroes exist, the issues we deal with are very human and quite universal. It has that grounded human component that a majority of superhero TV shows don’t contain.

And then it’s just so wild. It’s so irreverent. The shock value is so extreme, but in a way it’s just super fun. It’ll make you laugh. And then it’ll also perhaps make you question things and sort of satisfy some of the frustrations we have with our current day society when it comes to the Me Too movement and sexual abuse and corporations and organized religion. So it kind of has something for everyone.

And also, at the end of the day, we need entertainment. It provides escapism while also being somewhat informative and giving into the zeitgeist. It’s a good combination of things.

What are some of the real-world takeaways from this show? What makes it particularly relevant today?
One of the things I can’t help but think of first has to do with the Me Too movement, because my character is the center of that on the show. You’re introduced to this character who is unambiguously a good person, and she makes the “morally wrong” decision when faced with this very manipulative character and this morally polarizing situation. But we know she’s a good character. And I think a lot of us tend to judge and dismiss people and say, even though we haven’t been put into these situations, “If I were in that situation, I would have done better,” when the truth is, we just don’t know that. You don’t know what your visceral response to a situation is going to be.

So many of the things that we go through in life lie in the gray area. We like to look at things as just being black and white, but that’s often not the case. One of the biggest takeaways of this show is that we love to just have the good guys and the bad guys, and it’s just never that easy to categorize people. Whether it be a superhero show or real life, we can’t categorize people that way, and things often lie in the gray area.

We often see superheroes as flawed. But in this case, they’re downright corrupt. What does The Boys add to the conversation about superheroes and how we see them?
This is where the comparison is drawn between superheroes and celebrities, or people who are high up in politics. Anytime we take people and we put them on a pedestal and revere them — whether it be superheroes, celebrities or whoever else — we always assume that they’re these pseudo gods, these superior beings, whereas the truth is power corrupts.

It begs the question: if superheroes did really exist in our world as these revered, needed and worshipped people and idols, would they all really be good? I think we can draw from real life that no, when people are put on a pedestal and they’re pumped full of cash and their egos are stroked, a lot of the time, the results are not good. And I think superheroes would not defy that.

What thoughts went into playing Starlight? What did you want to make sure to portray?
It really came down to making sure I honored the nuances of her character, and that I never played into a stereotype [or] a box — that I at all times thought of the circumstances she was in emotionally and made sure my portrayal of her came across as human as possible, despite the fact that she’s wearing a cape 70% of the time. Because even though she is a superhero and she can blast lightning out of her hands, all the issues she’s dealing with are very human. A lot of young women go through what she’s going through in some way or another. So it was that combination of honoring the humanity and the nuances within her character.

If you were a superhero, what powers would you have?
I would love to be able to have a protection shield around me, and a really good one. Not necessarily so that I could defend myself in fights. I mean, it would also work for that. But so that I could travel to places in the world where humans can’t really travel due to safety reasons, like the bottom of the ocean. I’d even want to go to Iraq. I just want to be able to go to those places that we aren’t able to go.

Did you pull from any personal experiences in playing this role?
One of the ways I tap access into a role is drawing from personal experience. I find that when I can take certain aspects of myself as Erin and connect them with a character like Annie, it makes me sort of ground in the moment more in each scene and connects the character more.

I drew from my own experience and then I drew from the experience of others. It helped me a lot that this Me Too movement had just become at the forefront of our industry, and that women were telling their stories about what they went through. It was a combination of my personal experience and some research that was able to make me feel like I could inhabit her more and the issues she was going through.

Do you have any real-life superheroes?
Michelle Obama is the closest we have to a living superhero. I think she’s absolutely amazing and intelligent and strong and humble.

What can we expect in season 2?
A light is going to be shined on every single character that exposes a very different side of them. All of their trajectories and their worlds are going to take a 180. Everything is changing for each character in a big way, and they’re forced to adjust according to changes and revelations, and some adjust well and others don’t.

A release date for season 2 of The Boys hasn’t yet been announced. 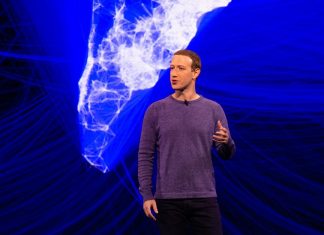