These are some of the best vegan fast-food options (as well as fast-casual chain vegan choices) that you can get — with more popping up all the time.

As a vegan, eating out in a restaurant can be an adventure. If the restaurant isn’t plant-based, you sometimes have to search extra-hard to find something that’s equal parts cruelty-free and delicious. But when you do, it’s like you’ve struck gold.

Yes, Burger King is now serving plant-based Impossible Whoppers, and even KFC is testing meatless fried chicken (which sold out in a matter of hours recently, proving people really want these meat-free alternatives), but it’s not always as easy as that — and be aware, while these “vegan” options may be totally plant-based, they’re often cooked on the same equipment used for conventional beef and chicken. Most vegans and strict vegetarians therefore won’t find them acceptable options — but if you’re simply trying to cut back on animal products, they’re still a good way to go.

Beyond ever-more-trendy fake meat substitutes, — which some, including the CEO of Whole Foods, say are not actually all that healthy (because, while meatless, they’re still processed foods) — most American fast-food joints and casual sit-down restaurants have something to eat for us herbivores. And that doesn’t just mean fruit salad! It may take a little sleuthing beforehand, but as vegan eating becomes a bigger trend, more places are catering to plant-based diners.

Check out what vegan dishes are served at some of the most popular American fast-food and fast-casual chains below.

Chipotle is vegan heaven. You can order pretty much anything (excluding the meat, cheese and sour cream, obviously) and you’ll be 100% satisfied eating alongside your omnivore friends. (They also have new-ish options for paleo and keto eaters, too.) Try some of these:

As mentioned above, KFC has recently tested Beyond Meat’s vegan chicken, but whether it will eventually become a common menu item remains to be seen. In the meanwhile, check out these vegan fried chicken recipe options to make at home.

Meanwhile, Burger King is now offering Impossible Whoppers nationwide — but as we noted, there’s no guarantee it won’t be cross-contaminated with actual traces of meat from the cooking equipment (which is pretty much true of any restaurant that’s not 100% animal-free). Beyond that, BK has some other vegan options:

(Worth noting for other fast food burger chains: neither Wendy’s nor McDonald’s offer veggie burgers — yet — but the fries and baked potatoes at Wendy’s are vegan and side salads without cheese or meat are fair game at either place.)

Of the more traditional fast-food joints, Taco Bell ranks high for vegan-friendly eats. You’ll have plenty to choose from, including a tasty dessert:

Historically, there hasn’t been too much a vegan eater could get at Subway, unless you just wanted to fill up on bread and veggies (honestly, that doesn’t sound too bad, but you might want to bring your own vegan mayonnaise to liven things up). But as of Sept. 5, 2019, you can get Beyond Meat meatball subs at select locations for a limited time (and we wouldn’t be surprised if they end up on the permanent menu). If they’re not serving them at a location near you, you can still enjoy these options:

While The Cheesecake Factory boasts more than 250 items on its menu, there are not too many vegan options for plant-based folks to choose from. However, any of these are a safe bet to order:

With an entire vegan menu of 12 options, there’s no way you’ll feel left out ordering at Seasons 52. Here are just some of the options:

While Olive Garden’s menu isn’t the most vegan-friendly, you’ll be able to find an entree here too:

As its food menu expands, Starbucks provides more and more for vegans. My favorite breakfast is the bagel with avocado spread and a banana on the side. Plus, most drinks can be made vegan by adding either almond or soy milk instead of dairy. Try:

For a pizza place that doesn’t specialize in vegan pies, Domino’s has got the hookup. You can opt for a vegan crust, then feel free to load up your pizza with as much original sauce and veggies as your heart desires. You can get:

And maybe add your own vegan cheese at home?

With four entree dishes that can be easily made vegan, PF Chang’s makes sure to make its plant-based guests feel right at home:

*Ask to be made vegan. Full vegetarian menu here.

For vegan folks, California Pizza Kitchen has plenty. From apps to entrees, eating vegan at CPK will be no problem. Try:

Ironically, the cauliflower crust at CPK is not vegan, but all others are.

You might not associate a fair number of vegan options with the place that brought the world “Moons Over My Hammy”, but you can opt for a number of veganized skillets, oatmeal or hash browns for a tasty, plant-based breakfast:

Full menu can be found here.

This story was written by Elana Rubin and originally posted on Chowhound. 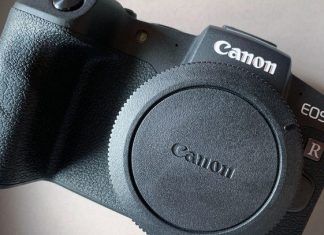