Prime Day 2019 is just about at its halfway mark, with this manic Monday finally ready to wrap up. We saw surprises like the Echo Show 5 for $50 (a previously unannounced sale and a pretty hefty price drop,) and amazing deals like the order-with-Alexa-for-$5 Amazon Smart Plug disappear too soon. Of course, every rollercoaster ride has its dips, and Prime Day was no different: Protesters took to the streets to raise awareness concerning some of Amazon’s employment practices.

But tomorrow is another (Prime) day, and we’ll continue to pore over all the deals in search of the very best ones. As happened today, everything is subject to availability, and the best deals may sell out quickly. (See the aforementioned Smart Plug.)

Need help navigating the madness? Use this tool to make sure you don’t miss a Prime Day sale you’re looking for. Need help avoiding the madness? Don’t get caught up in the FOMO, because the vast majority of these deals will be repeated at some point later this year. Buy only the stuff you really need, and only if the price is really that good. (Here’s how to make sure that Prime Day deal is really a deal.) Meanwhile: On to business. Here are some of the best deals we’ve found. We’ll be adding more throughout today and tomorrow, so check back often!

Pro tip: If you’re shopping for any Amazon-branded devices today, click through TopCashback first. The cash-back service is offering an 8% rebate on those devices. So your cost on something like the just-discounted $50 Echo Show 5 (below)? Just $46 after rebate.

Colman Ma - September 21, 2018
0
Blockchain firm Bitfury has come up with a novel product aimed at making it easier to pay for products with bitcoin. A specialized engineering team... 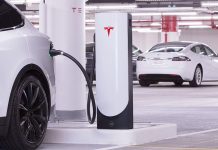