Prime Day 2019 is just about at its halfway mark, with this manic Monday finally ready to wrap up. We saw surprises like the Echo Show 5 for $50 (a previously unannounced sale and a pretty hefty price drop,) and amazing deals like the order-with-Alexa-for-$5 Amazon Smart Plug disappear too soon. Of course, every rollercoaster ride has its dips, and Prime Day was no different: Protesters took to the streets to raise awareness concerning some of Amazon’s employment practices.

But tomorrow is another (Prime) day, and we’ll continue to pore over all the deals in search of the very best ones. As happened today, everything is subject to availability, and the best deals may sell out quickly. (See the aforementioned Smart Plug.)

Need help navigating the madness? Use this tool to make sure you don’t miss a Prime Day sale you’re looking for. Need help avoiding the madness? Don’t get caught up in the FOMO, because the vast majority of these deals will be repeated at some point later this year. Buy only the stuff you really need, and only if the price is really that good. (Here’s how to make sure that Prime Day deal is really a deal.) Meanwhile: On to business. Here are some of the best deals we’ve found. We’ll be adding more throughout today and tomorrow, so check back often!

Pro tip: If you’re shopping for any Amazon-branded devices today, click through TopCashback first. The cash-back service is offering an 8% rebate on those devices. So your cost on something like the just-discounted $50 Echo Show 5 (below)? Just $46 after rebate.

This just-released laptop may not be a powerhouse (it relies on an Intel Core M3 processor), but it’s thin and light, with a 256GB solid-state drive, a USB-C power port and ultraslim screen bezel. Definitely worth a look at $399.

It’s the lowest price ever for this self-contained VR headset, which is likely to sell out quickly.

It may look like an ordinary suction-cup dashboard mount for your phone, but the just-released One Touch Connect also incorporates Alexa — to my knowledge the first such mount that does. To get the sale price, first clip the on-page 10%-off coupon, then apply promo code 15CONNECT at checkout.

A CNET favorite from the pantheon of Apple AirPod alternatives, the Elite 65t normally has a slightly higher price ($169, versus $159 for AirPods). This Prime Day price has been matched only once before, during last year’s Black Friday month.

The simple but versatile bundle includes a base station, motion sensor and three door-and-window entry sensors (with PIR human and pet detection). And those sensors are good for up to a year before their batteries need replacing.

This deal is not currently available.

You can also get a $100 Amazon gift card with the purchase of a Google Pixel 3A XL. 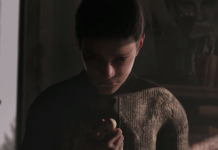 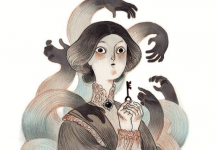