Texas is joining a multistate lawsuit seeking to block T-Mobile’s $26.5 billion takeover of Sprint, New York Attorney General Letitia James said Thursday. A group of 15 attorneys general across the country are pushing back against the merger, which was OK’d by the Justice Department last week.

“We are more confident than ever that enforcing our antitrust laws — as they were meant to be enforced — is the best way to protect competition in the mobile marketplace,” James said in a statement. “It is clear that this merger is bad for consumers, bad for workers and bad for innovation, and our growing momentum clearly continues to make that point.”

Attorneys general from states including California, Hawaii, Michigan and Virginia have challenged the merger.

Texas Attorney General Ken Paxton said he has an “independent obligation to protect Texas consumers,” and to “preserve free market competition, which has proven to result in lower prices and better quality for consumers.”

As part of the deal, Dish Network will acquire Sprint’s prepaid businesses and spectrum for $5 billion, and also get access to T-Mobile’s network. The states involved in the lawsuit to block the merger expressed concern about whether the deal with Dish will “will create a fourth independent competitor that addresses the loss to competition otherwise caused by this megamerger.”

Missed the 2020 Corvette livestream? You can still watch it here 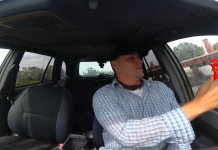