As Tesla’s Chinese Gigafactory steams ahead toward completion, the company has been on an increasingly important search for a battery cell supplier that can keep up with the facility’s planned production rate.

Tesla appears to have found that supplier in South Korea’s LG Chem, according to a report Thursday by Bloomberg. While it’s believed that the big T’s deal with LG won’t be exclusive, it’s certainly a feather in the cap of the Korean manufacturer, and its stock prices surged at the news.

LG will specifically be supplying the 2170 cells used by Tesla’s Model 3 and eventually the Model Y. The company also has contracts to supply other automakers like General Motors and Volvo, but in the words of Wu-Tang Financial, it’s wise to “diversify yo bonds.”

Gigafactory 3 outside Shanghai is set to start producing vehicles from knock-down kits by the end of this year while the facility is still under construction and ramp up from there, beginning to manufacture more components in-house.

As far as we can tell, this new deal with LG will have little to no bearing on the company’s long-standing agreement with Panasonic for battery production at Gigafactory 1 in Nevada. 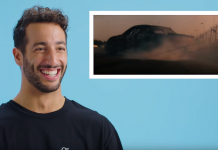