Way back in May, after a couple of high-profile fires in China, Tesla rolled out a software update to its vehicles that was meant to increase battery longevity and improve safety. Shortly after this update, owners started complaining that their cars had reduced range.

Now, according to a report published Thursday by Reuters, some of those owners in Northern California are trying to get a class-action lawsuit going against Tesla alleging that their vehicles’ batteries are defective.

The bulk of the vehicles that were adversely affected by the software update seem to be older-model Teslas, most of which would still be within Tesla’s eight-year battery warranty. While Model 3’s warranty specifies a level of diminished capacity at which the pack would be considered defective, Models S and X don’t.

Some owners claim to have lost upwards of eight kilowatt-hours of capacity after Tesla’s software fixes, and some are even turning off the Wi-Fi in their vehicles to prevent them from connecting to Tesla and being updated further. 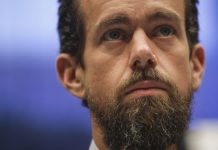