Automatic climate control is great for people who want to set it and forget it, but others still prefer setting the fan speed, direction and temperature manually. It appears Tesla did not consider the latter party when creating its new Dog Mode, according to a tweet from an owner and a subsequent follow-up from CEO Elon Musk, but the issue should be patched up for everybody in the very near future.

Electrek brought our attention to a tweet from a Tesla owner that tags both the company’s Twitter account, as well as Musk’s. The owner pointed out that Dog Mode only appeared to work in conjunction with automatic climate control. After setting the fan manually and leaving the car, Rahul Sood claimed Dog Mode didn’t work as intended, as his Tesla app showed the interior cabin temperature as being 85 degrees Fahrenheit and rising.

Musk replied within two minutes, saying that Tesla is on the case and working to fix Dog Mode, presumably to function as intended when manual climate control is engaged. To use it, after opening the climate control menu on a Tesla’s touchscreen, select the Keep Climate On option, then the Dog setting, then set the temperature. The car will keep that temperature in the cabin while the owner is away from the vehicle, and the touchscreen will feature an image that tells people outside the car that the dogs are safe and in a temperature-controlled environment. It’s an extension of previous protective measures to keep the cabin from overheating.

The fix didn’t take long to deploy at all, as it’s already being sent to owners, and Rahul Sood tweeted an update showing the patch notes for the update in his Tesla. Software update version 2019.28.2 is being sent to Tesla owners as an over-the-air update, which will remedy the problem and ensure dogs (or cats, or whatever you leave in the car) will stay nice and comfortable.

While Musk is active on Twitter, it’s not the most official way to submit bug reports. Owners who find issues can say “bug report” to the car’s voice-recognition system, along with a short message briefly explaining the bug. The car then takes a screenshot of the infotainment system when the bug report was requested, submitting both the picture and the owner’s voice message to Tesla. There’s also a contact page on Tesla’s website with multiple avenues for contacting the automaker. However, given Musk’s response time and the subsequent fix showing up posthaste, a tweet or two never hurts.

It’s also worth pointing out that, before you use Dog Mode, it’s worth checking to see whether or not your local or state laws permit leaving dogs in cars, even if they’re conditioned to stay at 70 degrees. A new California law, for example, allows people to break into cars to rescue dogs left in the sun after calling authorities, and not everyone knows about Dog Mode, so there may be unintended consequences.

Originally published Aug. 2, 10:55 a.m. PT.
Update, 11:26 a.m. PT: This story has been updated with information about the software update that will fix the issue. 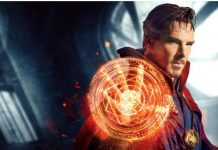