European Tesla owners will spend a little less time at Supercharger stations the next time they top off the battery. After a Twitter user noted the charge rate, Tesla confirmed the upgrade with a retweet.

Superchargers charge at a rate of 120 kW but with this extra power, they’re now charging at 150 kW. No additional details have surfaced about the upgraded Superchargers and Tesla did not immediately respond to our request for comment.

Most of the chargers across the Old Continent are now operating at 150 kW with a few in the United Kingdom at 130 kW. Here in the US, the V2-generation chargers operate at 120 kW. Tesla previously said this past March it would unlock 145 kW from US-based Superchargers in the weeks to come. It’s unclear how many of the stations are running the boosted power, if any.

The fact Europe’s power boost is online may be a sign Tesla is readying the upgrade for the US, but we’re also awaiting Tesla’s V3 Supercharger stations. The next-generation chargers promise charging rates of 250 kW per car — no need to split power with a car in the adjacent stall. The electric car maker has previously said 75 miles of range should charge in about 5 minutes and the time spent at a station will decrease by around 15 minutes. The first V3 Supercharger station opened in Las Vegas this summer.

The Tesla Model 3 Long Range is capable of charging at rates up to 250 kW and Long Range versions of the Model S and Model X can handle up to 200 kW.

Consumers, unsurprisingly, view charging times as one of the main barriers to EV ownership. The quicker automakers can roll out hardware to charge vehicles more quickly, the better for potential buyers. Drivers of conventional cars are used to spending a few minutes gassing up; EVs can take 30 minutes to charge to 80%, even with DC fast chargers. 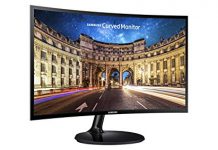