We may never know for sure exactly what started the EV performance wars of 2019, but the arrival of the Porsche Taycan on the scene really stirred things up. When that car set a new Nurburgring Nordschleife EV lap record of 7:42, Tesla’s Elon Musk was quick to respond that their own ‘Ring attempt was coming (an attempt that Porsche eagerly welcomes). We’re still waiting on the results there, but Musk is now claiming that his company has secured the sedan lap record at California’s Laguna Seca Raceway.

After many tweets surrounding a Nurburgring run for the Model S, on September 11, Musk tweeted that a Model S had just claimed the sedan lap record around Laguna Seca. He promised a video was coming in the next day.

Today, Tesla dropped the promised video of a 1:36.555 lap time around Laguna Seca, indicating that time is a full second faster than “the record for a four-door sedan”.

That appears to reference to the 1:37.54 lap time set by the Jaguar XE SV Project 8 almost exactly a year ago. On the surface, Tesla has indeed set a faster time — but dig a little deeper and it’s clear that Jaguar still holds the record for a sedan.

Bozi Tatarevic on Twitter was quick to point out that the car appears to have significant modifications, including a Model 3 steering wheel. Exactly what other modifications the car is running remain to be seen. (We’ve reached out to Tesla for clarification and will update this if any further details are provided.)

Tesla itself said that the car is running a new drivetrain dubbed Plaid (“The only thing beyond Ludicrous is Plaid” per Musk). This three-motor configuration was first announced to be part of the new Roadster, due next year, but Musk recently clarified that Plaid will also appear on the Model S sedan and Model X SUV.

Given the Plaid drivetrain is not available to consumers, and given Tesla has not clarified other details like suspension and tires, it’s impossible to call this lap time any kind of record. But is it impressive? Absolutely, and we’re on the edge of our seats waiting for the next assault. 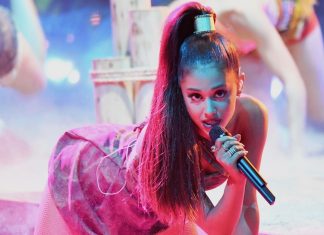