Everbloom, one of numerous so-called decentralized exchanges (DEXs) for cryptocurrencies that have cropped up lately, is seeking to become a licensed broker-dealer in a bid to attract institutional investors.

Revealed exclusively to CoinDesk, the startup recently registered with the U.S. Securities and Exchange Commission and submitted an application for a license from the Financial Industry Regulatory Authority (FINRA), the self-regulatory organization (SRO) for securities dealers. If approved, Everbloom would be allowed to profit from services related to trading securities.

That’s a must in the company’s view, given the uncertain regulatory environment for tokens issued through initial coin offerings (ICOs), and more specifically the possibility that many of the ERC-20 standard ethereum tokens traded on Everbloom could be deemed securities under U.S. law.

“Obtaining a broker-dealer license is a long, tedious and expensive endeavor but we believe a necessary one that will ultimately add long-term value to the company and position ourselves well against our competitors,” said Everbloom chief operating officer Scott Pirrello.

Stepping back, most DEXs today are “decentralized” in the sense that they let traders retain custody of their assets and utilize open source platforms that don’t necessarily require know-your-customer (KYC) identity checks. Rival startups like 0x generally outsource such operational responsibilities to entities called relayers and focus on maintaining the underlying protocols.

This may sound ironic if not oxymoronic to some, like punk-pop music or vegan bacon. But, unlike traditional crypto exchanges, Everbloom doesn’t deal with custody or approve trades. It offers what Pirello called a “service-oriented approach” to self-custody by building compliant reporting and analytics features, plus accounting software, into its platform.

While the DEX concept was originated by hardcore crypto users who despaired of trusting third parties with their funds, it’s starting to draw interest from the institutional crowd. These button-down investors may not want to handle custody themselves (and larger ones are required to use a qualified custodian anyway), but they don’t want to rely on some shadowy crypto exchange to do it either.

“The appeal of the decentralized or non-custodial exchange approach is they [traders] get to define their own custody solutions.”

After raising $2 million from investors such as Mashable co-founder Frederick Townes, Indicator Ventures, and First Star venture firm’s Drew Volpe, an early ethereum investor, Everbloom quietly opened its platform for institutional traders in late July. However, the company won’t charge for its services until the FINRA license comes through.

Pirrello said he expects it to take at least a year to get an answer from regulators. In the meantime, the Everbloom platform is mostly a slick interface where anyone can search multiple DEXs’ order books simultaneously and trade directly using cryptocurrency wallets such as MetaMask.

Users such as the trading firm Makor Capital are already using Everbloom, free of charge, to submit hundreds of orders per day, sometimes to multiple order books at once. These orders include roughly 900 prospective trading pairs from 140,000 offers aggregated from various DEX platforms.

Newblock Capital managing partner AJ Nary, a fund that invests in both tokens and equity, told CoinDesk that although he sees the irony in creating intermediaries for decentralized platforms, it’s important to have “a comfortable trading platform” for his institutional clients. Nary already uses Everbloom himself and is laying the groundwork for his fund to follow suit.

Having a team at the DEX startup to call if something were to go wrong is an important factor when he selects which platform to use. For Nary, the prospect of compliant reporting features is also a considerable draw.

Even so, there are plenty of DEX startups joining the broader industry “arms race” for institutional users. As such, Everbloom will need more than a license and help hotline to distinguish itself.

In addition to the features described above, Everbloom also controls a central portal through which it can offer closed trading groups for accredited investors with third-party KYC certification. Yet the rival DEX startup AirSwap also offers closed trading pools with outsourced KYC through the fintech startup Wyre.

DEX creator Trey Griffith, co-founder of the rival startup SparkSwap, said liquidity for large-scale orders will be the key to attracting enterprise users because few DEXs will dominate volume down the road, adding:

“Whoever gathers significant volume is probably going to win.”

Speaking to this focus on volume through aggregation, Rollins said users can congregate on Everbloom and prove legitimacy for orders across the DEX ecosystem. “The idea behind this is to bridge different pools of liquidity,” he said. 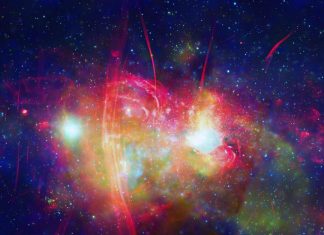 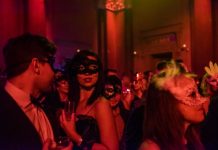